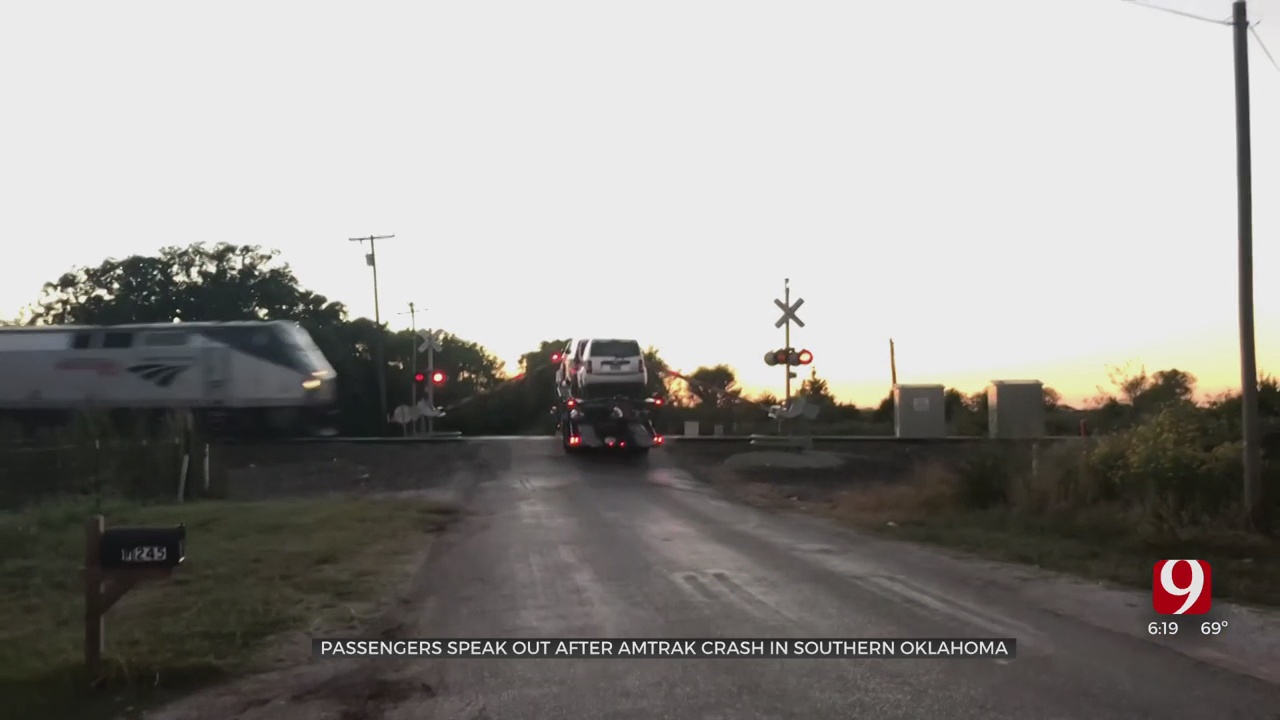 Dozens traveling back home from Texas find themselves in a chaotic scene after an Amtrak train crashes into a truck near Thackerville Friday night.

"We heard this screeching and saw sparks," Leslie Whelchel, a passenger, said.

Whelchel is one of 110 people who were on board the train. She says the impact left everyone in shock and, shortly after, noticed a man walking back towards them.

"He had blood here on his nose and on his chin and some people were kind of helping him and they had told us that he had fallen down," Whelchel said.

The train came to a stop as Whelchel and others tried to figure out what had happened. They walked up to where the man was sitting and noticed the damage the collision had made.

"One of the windows had completely blown out and it was like, all bent and mangled," said Whelchel. "Above there was almost like there had been an explosion from inside."

According to a spokesman with Amtrak, the train hit the truck near Thackerville. They said four passengers were taken to a local hospital with minor injuries. A second passenger News 9 spoke with says she was with her family and noticed the truck before they collided.

"I told the kids just hang on and we hit, immediately the train started to rumble and shake," Joie Wall, a passenger, said. "We were absolutely terrified."

Wall says the train was moving at a high rate of speed and she feels they're fortunate something like this didn't end a lot worse.

Buses transported some of the passenger's home. others had loved ones pick them up.