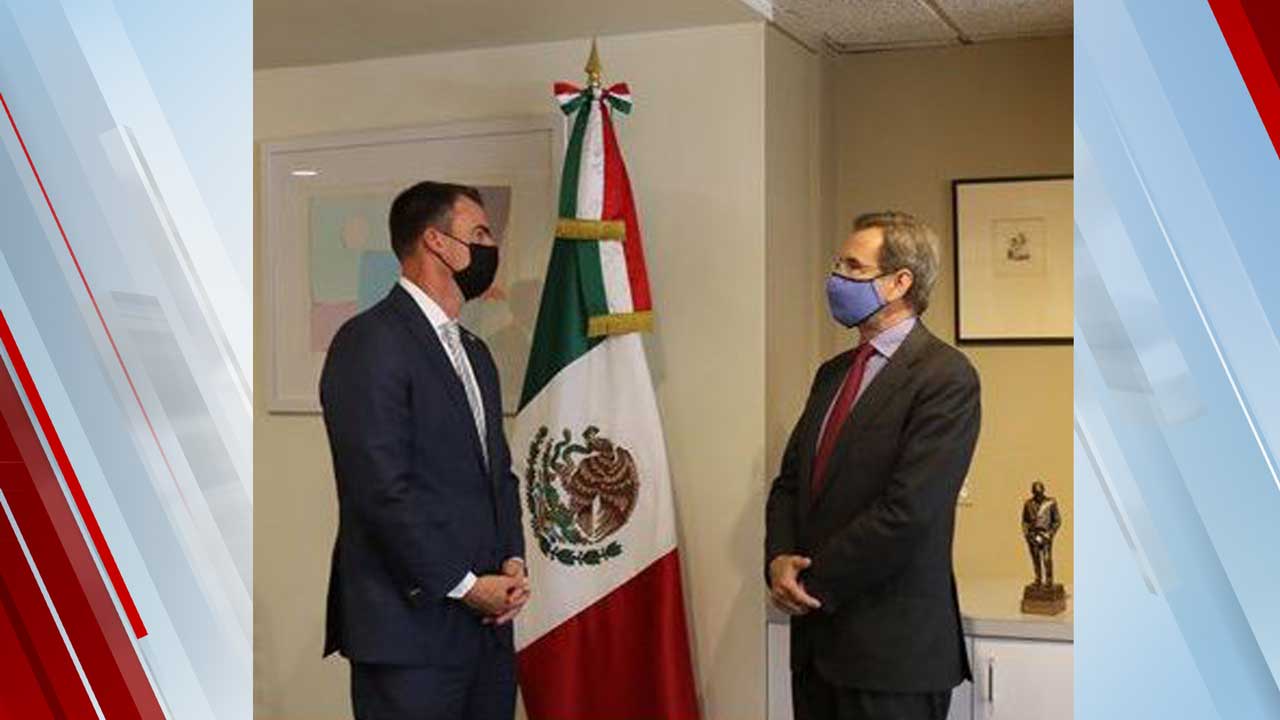 Gov. Kevin Stitt will soon hit the road for a state visit to Mexico for his second foreign trip in four months after a July visit to Azerbaijan.

The governor’s office said plans for an early November trip south of the border are still being ironed out.

Stitt was in Washington, D.C. this week talking with members of the diplomatic corps. That included a sit-down with the Mexican ambassador to the United States, Esteban Moctezuma Barragán.

The ambassador tweeted about this week’s meeting writing, “we identified trading opportunities for México and for his fruitful upcoming visit to our country.”

“It's our second biggest trading partner, so it's important we have a great relationship with Mexico,” Stitt told News 9 Washington Correspondent Alex Cameron.

He said he’s also pushing Mexican officials to expand their diplomatic footprint. The country has dozens of consulates across the country, but not here in Oklahoma. That means those with Mexican citizenship living in our state must drive to Little Rock, Arkansas to get things like legal documents.

The governor said a consulate in Oklahoma would also help our state's economy operate south of the border.

“(There’s) a lot of trade back and forth, a lot of Oklahoma companies are doing business down there,” Stitt said.

Because of those ties, businesses statewide are excited about the possibility of a consulate in Oklahoma City or Tulsa.

The scissortail community development corporation said earlier this month it's received thousands of letters in support of the idea.