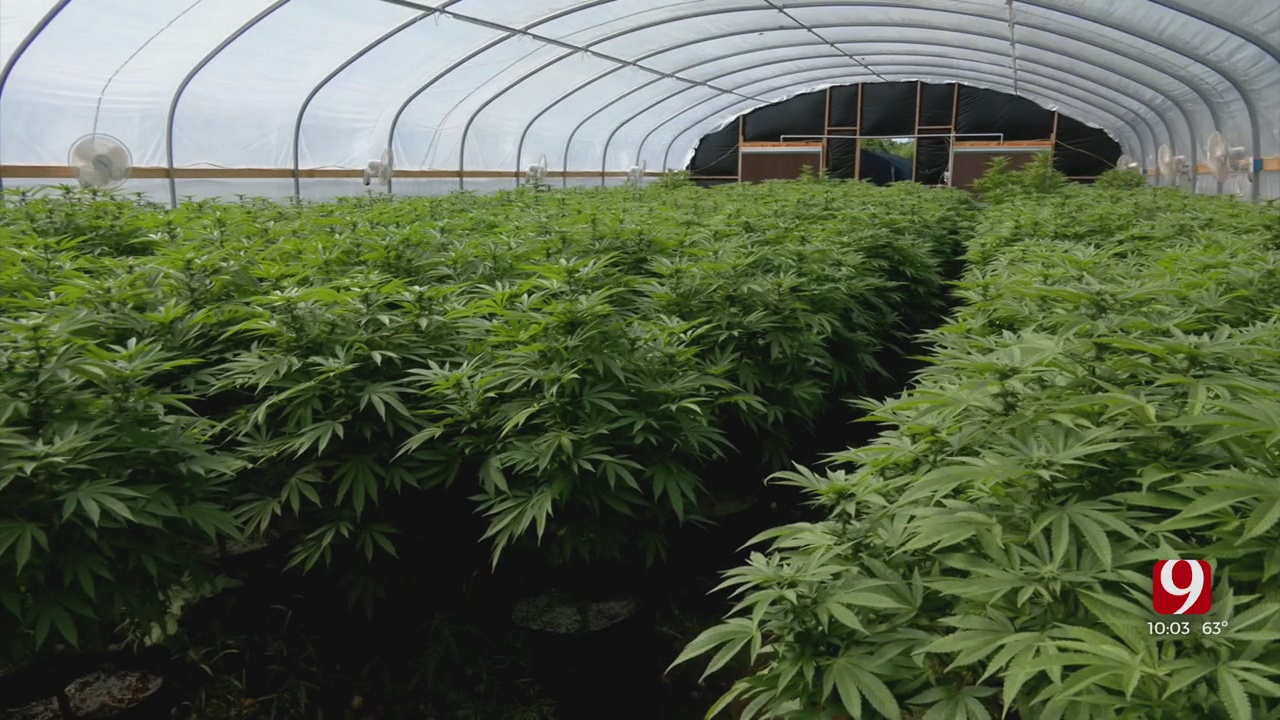 Attorney Rachel Bussett filed cases on behalf of three marijuana growers that were recently notified their licenses have been revoked by the Oklahoma Medical Marijuana Authority (OMMA).

The owners of the three businesses--located in McClain, Le Flore, and Delaware Counties—all moved from out-of-state to capitalize on Oklahoma’s budding marijuana industry.

“This is their livelihood. I mean they literally gave up everything to come here to do it,” Bussett said. “The more that I work with these people, it's clear they weren't given proper advice and guidance.”

All three businesses had one thing in common: one former law firm employee, Kathleen Windler, was listed as a co-owner.

State law requires one or multiple Oklahoma residents make up 75% of the ownership of medical marijuana businesses.

Bussett said Jones Brown told the business owners that their employee, Windler, would serve as a “third-party resident” to satisfy the in-state requirement.

“Jones Brown (Law) introduced Ms. Windler to my clients as an individual who could help them become licensed,” she said. “They believed that what they were doing was lawful.”

Bussett said the practice by Jones Brown of listing Windler as an owner of their clients’ businesses spanned beyond her three clients.

By August, Windler was listed as a co-owner of approximately 300 medical marijuana businesses. Windler, that month, surrendered her ownership of every business, putting them all in jeopardy.

Bussett said her three clients all received notices from OMMA in late August alerting them to Windler’s change in ownership status.

“They were very stressed,” Bussett said of her clients. “These people have invested hundreds of thousands of dollars… to come here and establish a business. Now all of a sudden, this business license is being revoked.”

News 9 contacted Jones Brown Law for a comment on this story Tuesday and did not hear back by publication Wednesday.

In her lawsuits, Bussett is asking the court to order an injunction on the removal of the business licenses.

“It's our contention that there should be an administrative procedure before those licenses are revoked,” she said.

Windler has been the subject of civil and criminal action because of her involvement in numerous marijuana companies. An attorney for Windler did not respond to a request for comment Wednesday.

In May, Windler was criminally charged with illegal cultivation of marijuana in Garvin County court. Windler and the other owner of that business, Dao Feng, allegedly grew 6,000 marijuana plants at a grow operation in Pauls Valley. The business was licensed by OMMA but not by the Oklahoma Bureau of Narcotics and Dangerous Drugs.

OMMA is fielding several lawsuits, like the one brought by Bussett, as businesses attempt to retain their licenses.

“The OMMA is aware of the recent legal actions taken by business owners regarding the surrender of licenses by Kathleen Windler,” said OMMA Spokesperson Kelsey Pagonis. “We plan to address these actions accordingly.”