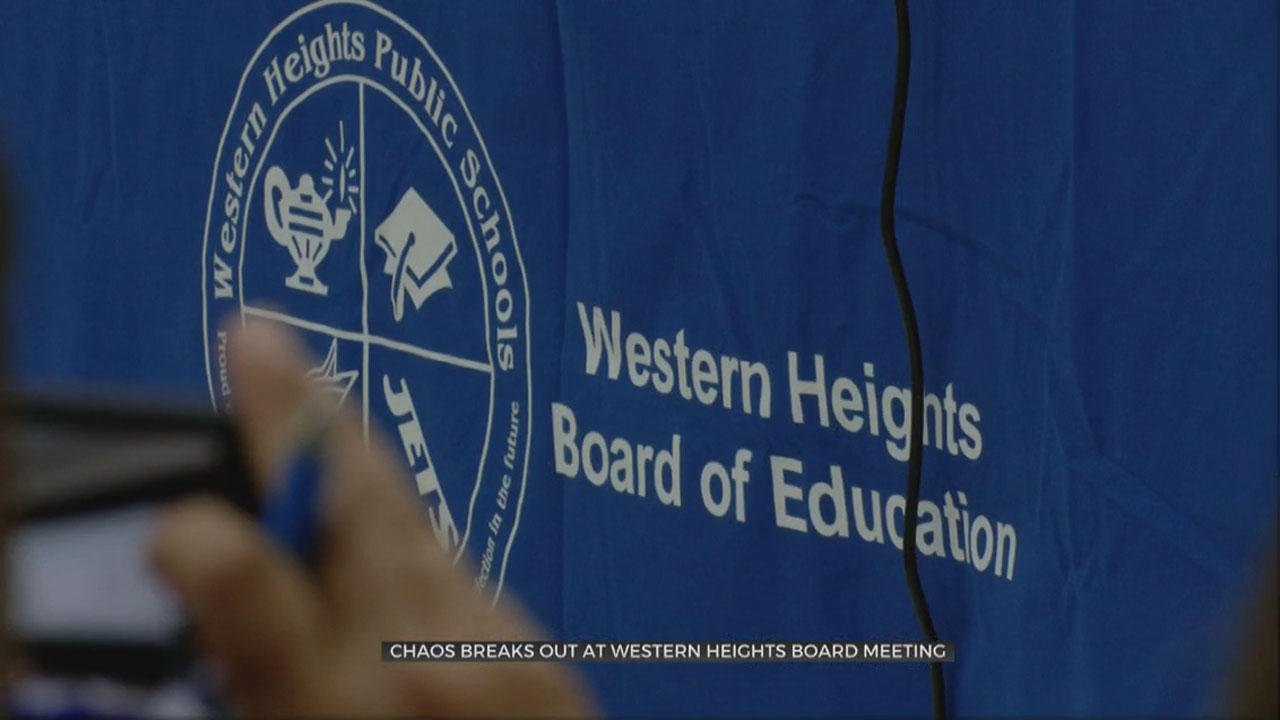 The Oklahoma State Supreme Court may decide what’s next in a lawsuit between Western Heights Public Schools and the state school board.

Western Heights has been fighting the state school board’s takeover of the district after multiple issues were found.

The state recently appointed interim superintendent Monty Guthrie to lead the district for one year.

On Monday, the battle for control of the district came to a head at a school board meeting. District president Robert Everman and Guthrie posted competing agendas. It caused mixed reaction.

At least one school board member was unaware there were two agendas for the meeting.

The meeting Monday ended in parents loudly calling for the board president’s resignation.

Many important issues facing the district were tabled because of the arguments. Among them, approving employment for 40 staff members and a long awaited signing bonus for teachers and support staff.

"I believe that those were issues that we have the resources that we could have given that to them. It is unfortunate that it was tabled because it just means that, it feels like we are not putting our teachers first," said Briana Flatley, a board member at Western Heights.

The State Supreme Court is currently deciding whether to take on the case.