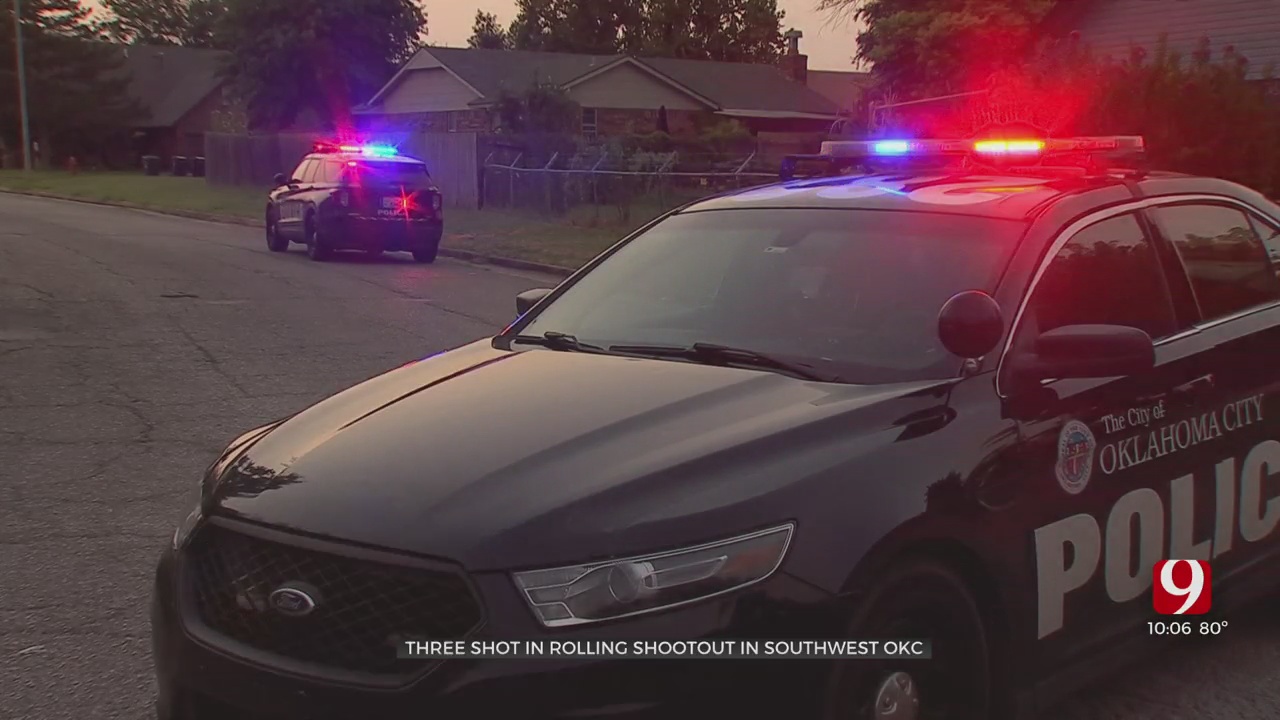 UPDATE: According to the OCPD, two vehicles began firing at each other near Southeast 54th Street and Chad Road around 7:25 p.m. on Saturday.

Overall there were three people hurt, one in one vehicle and two in the other.

The first victim, who OCPD identified as a male, was the one that drove to Southwest Medical Center, while the other two went to a home in Del City where they called 911 and were taken to the hospital for treatment.

None of the injuries are reported to be life-threatening.

The genders of the other two have not been released, and the investigation is still ongoing so it is unclear who started the shooting.

The OCPD confirmed that a shooting investigation is underway after a victim showed up at Integris Southwest Medical Center in South OKC on Saturday evening.

The victim is now being transported to OU Health.

There is no other information regarding the suspect or other victims at this time.

This is a developing breaking news story, stay tuned for updates.