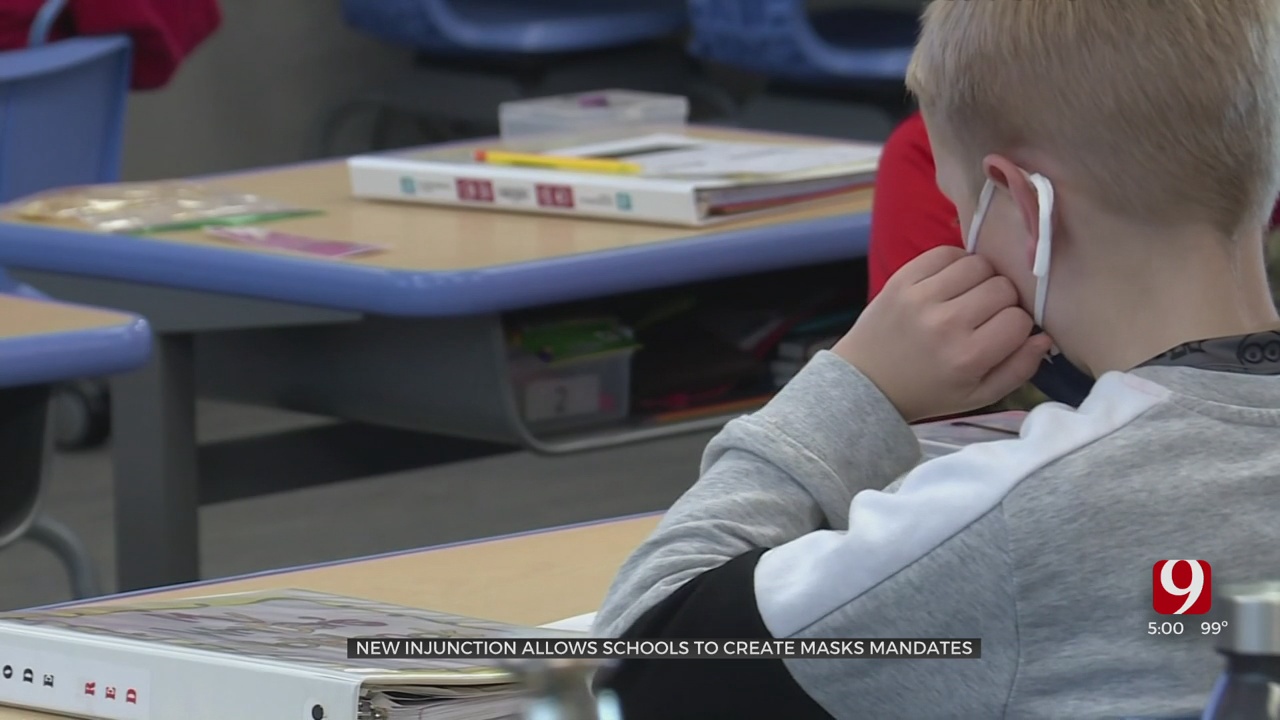 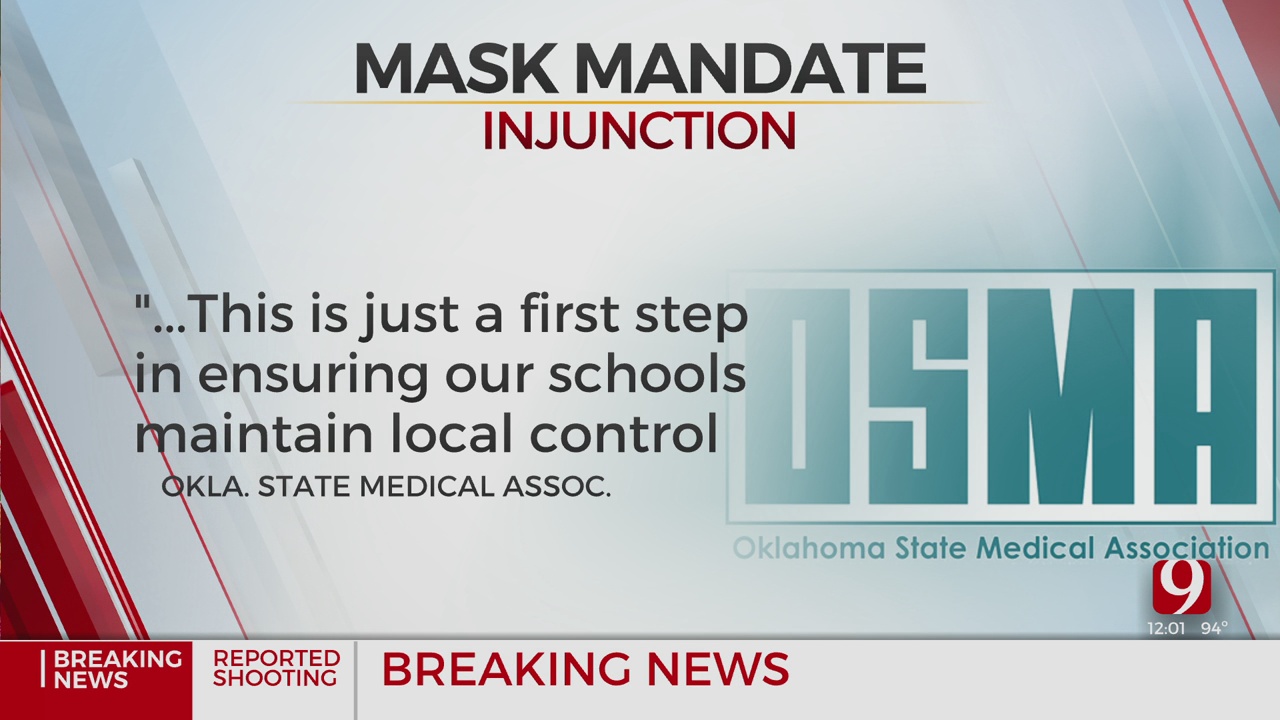 The Oklahoma State Department of Education released a statement saying they will not enforce Senate Bill 658 until litigation surrounding the law is resolved.

This is the law that bans school boards from implementing mask requirements.

State officials made this move after an Oklahoma County judge issued a ruling Wednesday morning that temporarily puts that law on hold.

This means that school boards, which were limited by the law, can now choose to implement a mask requirement when the ruling goes into effect sometime in the next week. The plaintiffs’ attorney must file a journal entry to the court before the temporary injunction is signed and effective.

Oklahoma district court judge Natalie Mai said school districts must include a way to opt-out of a mask mandate if they choose to implement one.

This is similar to the OKCPS masking policy that went in place last month.

“The court’s striking of the mask mandate prohibition on SB 658 now enables schools to fulfill their duty to protect and ensure equal protection for all students, including those with disabilities and most vulnerable in our schools,” she said.

This temporary injunction comes as a lawsuit filed by parents and a state medical association against the state makes its way through the courts.

“No one is asking you to give up your civil liberties, OK. This is about doing the right thing and protecting others,” he said.

Judge Mai said her ruling could be overturned at the next hearing where all of the merits of the motion for a temporary injunction will be evaluated by a different judge.

She struck SB 658 for applying the law in a way that is unconstitutional because it affects public schools and private schools differently.

She said the ruling only applied to K-12 students because they are required to be in school.

On September 7, Judge Sheila Stinson will begin to preside over the case.

The change in courtrooms comes as caseloads are reorganized following another judge’s promotion.

U.S. Department of Education spokespeople said Tuesday that if OSDE doesn’t enforce the law, they may drop the civil rights investigation into the department, which is similar to how federal investigators have handled mask mandate bans in other states.