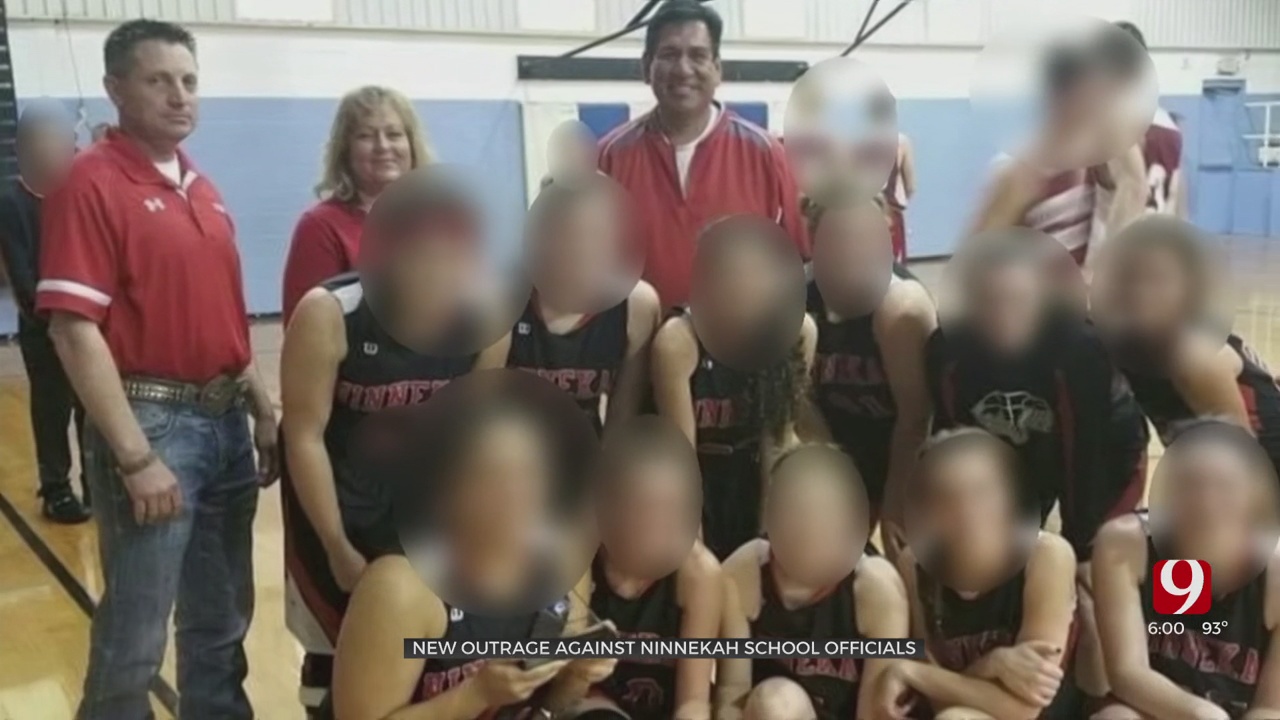 The lawsuit alleges a child predator walked the halls of the school for years, and that reports of abuse were not handled properly.

This protest comes after an hours long school board meeting Thursday night where community members voiced outrage and heartbreak.

This community is making it known to their school district that they support the victims allegedly abused by Ronald Akins, who coached the girls’ basketball team for years and is accused of the harassment and abuse of at least 12 girls.

About 50 students walked out Friday in Ninnekah, holding signs and chanting “we want change.”

After a packed board meeting Thursday where the community called for resignations and demanded a safer school for their kids.

“I’m calling for the president of the board, the superintendent, and the high school principal to resign immediately. If they truly cared about the children of this school and their community they would,” said Shelby Ross, Ninnekah Schools parent and community organizer.

In June, Akins was arrested for sexual assault and battery charges against three high school girls’ basketball players and students.

Then, Jane Does 1-12 filed a federal lawsuit, alleging Title IX violations by the district and failure of administrators and law enforcement, saying they didn’t do enough to report rumors and accusations of sexual harassment.

“We’ll make sure its posted all around our campus, on our buildings, everywhere that students will be able to have access to it. That way they know what avenue, what the procedure is to take care of their complaint,” said Regina Jones, a Title IX team member.

The state superintendent of public instruction Joy Hofmeister said in a statement:

“All faculty and staff of Oklahoma public schools have an ethical and legal obligation to report abuse and sexual misconduct. Not only is it unconscionable for anyone to use their position of authority to take advantage of a young person, those trusted adults within schools must do everything within their power to safeguard students.”

Hofmeister said the state will be following up on claims that Ninnekah faculty and staff did not report sexual misconduct, as they are legally obligated too.