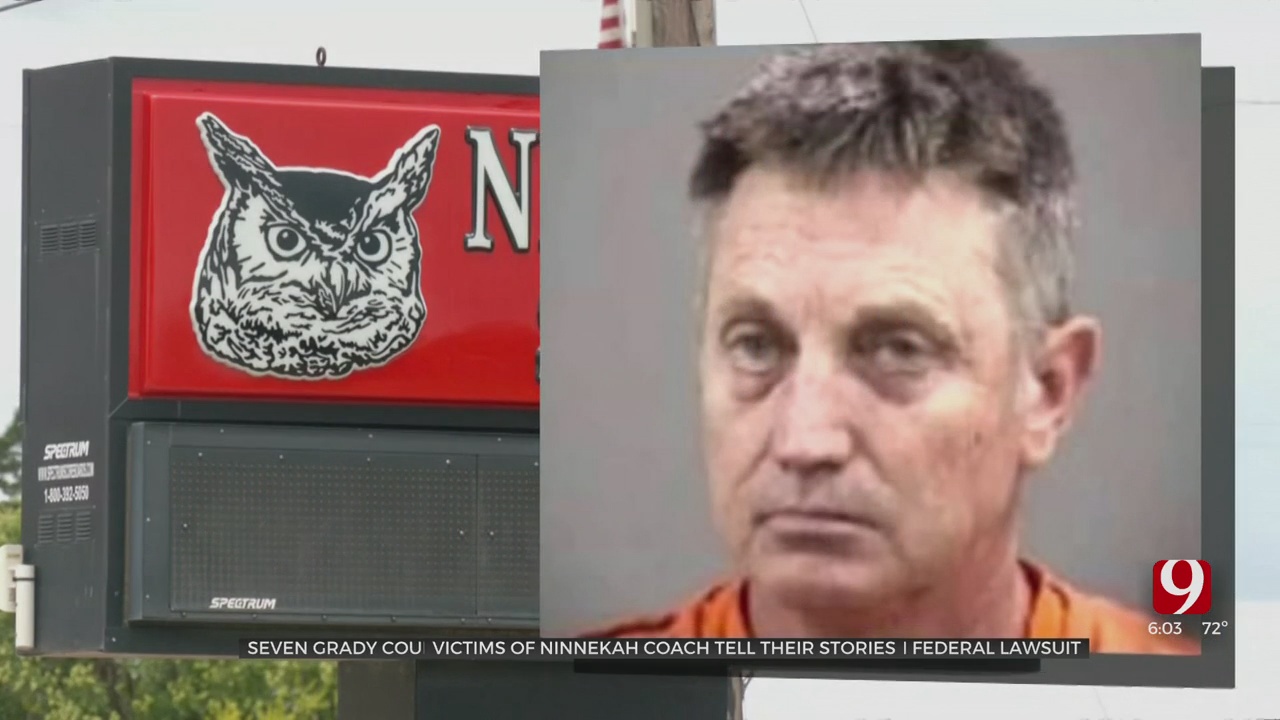 This woman is 26 now, and said her abuse happened when she was 13 years old at Friend Public Schools.

She’s said its infuriating to think that it’s taken so long for people to step up and protect girls from Ronald Gene Akins, who is accused of grooming and sexually abusing girls for over a decade in Grady County.

“Despite my best efforts, local law enforcement, the administration, and people put in charge specifically to protect all of us, failed us -- miserably. Even with that being said, I’m still so sorry they went through the same things I did,” she said.

She stated in court documents that Akins groomed her into falling in love with him, “hugged and kissed” her, “groped her breasts,” “digitally penetrated her,” and “forced her hand down his pants,” to touch him.

She reported the abuse in 2015 to the Grady County Sheriff’s Office. There is a record of the report in the office.

At the time, she said she even gave investigators a love note Akins had written and left in her 8th grade locker.

But, it would be six more years before Akins was finally arrested in June, accused of sexually abusing girls while coaching the girls basketball team at Ninnekah Public Schools.

When Jane Doe #1 initially reported to investigator, at the time Phillip Blevins, charges were never brought.

In court documents, she said Blevins told her the DA would never prosecute without another person to corroborate her experience.

Then her investigative file went missing in the Grady County Sheriff’s Office.

“Finding out that my case wasn’t taken seriously in 2015 when I reported it, the investigation didn’t go the way it should have to protect those girls, to fulfill the purpose that I had in coming forward...it’s heartbreaking,” she said.

“I want them to know, that before I even knew them, I was fighting for them,” she said.

As a young girl, she didn’t feel like she should be saying no to him when the alleged abuse happened. This has left her with years of guilt and confusion.

If any other victims are out there, hesitating about coming forward, she wants them to know they’re not alone.