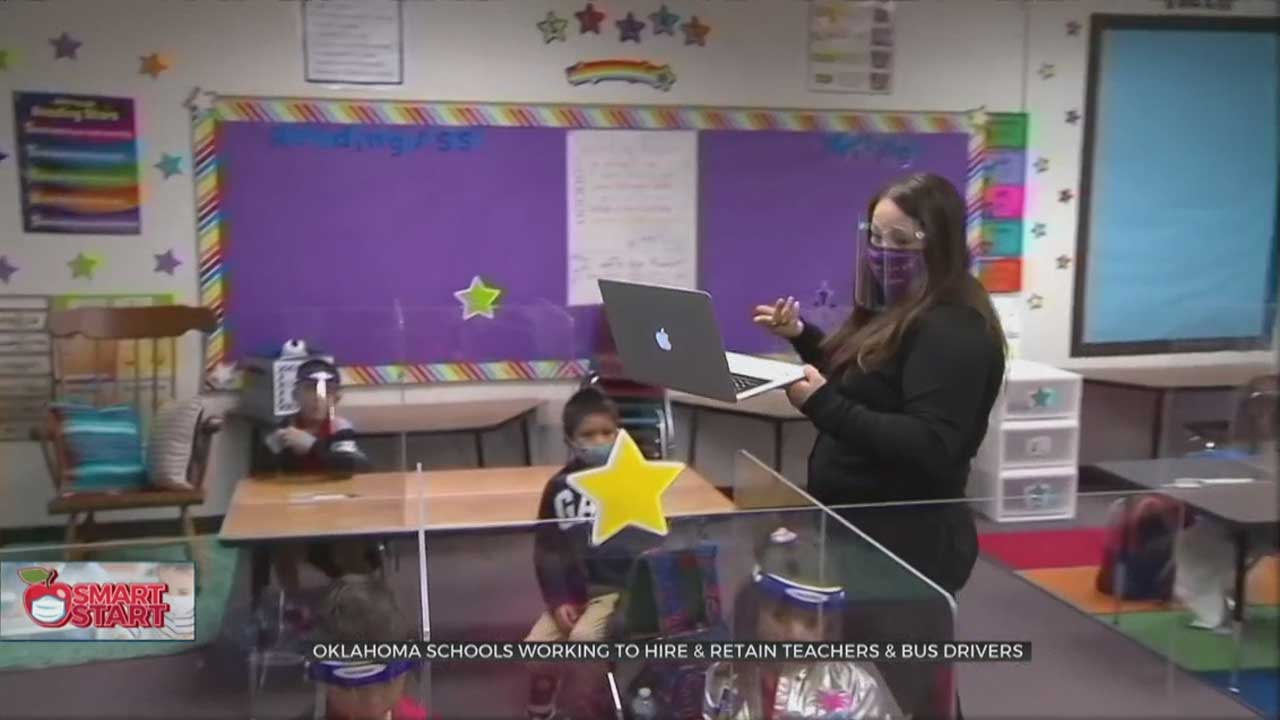 After nearly a year and a half of constant changes due to COVID-19 in Oklahoma schools, there are many stories about some teachers putting away their lesson plans for good.

"We know that there are more federal relief dollars in the schools and throughout the state for the support of teachers," said state Superintendent Joy Hofmeister.

Hofmeister said some teachers are coming or staying for a little extra money. Emergency certified teachers are filling in the gaps, but not as much as last year.

"We definitely saw improvement and are hopeful that the trend will continue. However, we won't know till later in the school year," she said.

Looking at the numbers, Oklahoma has 1,144 emergency certifications approved so far through June and July. That’s more than 150 less than this time last year.

Mustang approved raise for teachers to keep more on staff.

It's the same story for bus drivers. OKCPS recently raised their driver pay from $14 an hour to $17.

"It's just all about competition, people all around coming back from the pandemic. You are starting to see pay has gone up everywhere," said Cody Stull, the OKCPS director of transportation.

While numbers are looking positive for many districts, the Delta variant is causing major changes to rules and guidelines week by week.

That’s why many districts said they’re focused on keeping their staffs safe, healthy and just keeping them around.

"We just want to have open communication with our employees that their safety is very important, and we will work together to make sure we are doing the best we can," said Chris Tobler, the Mustang's executive director of HR.