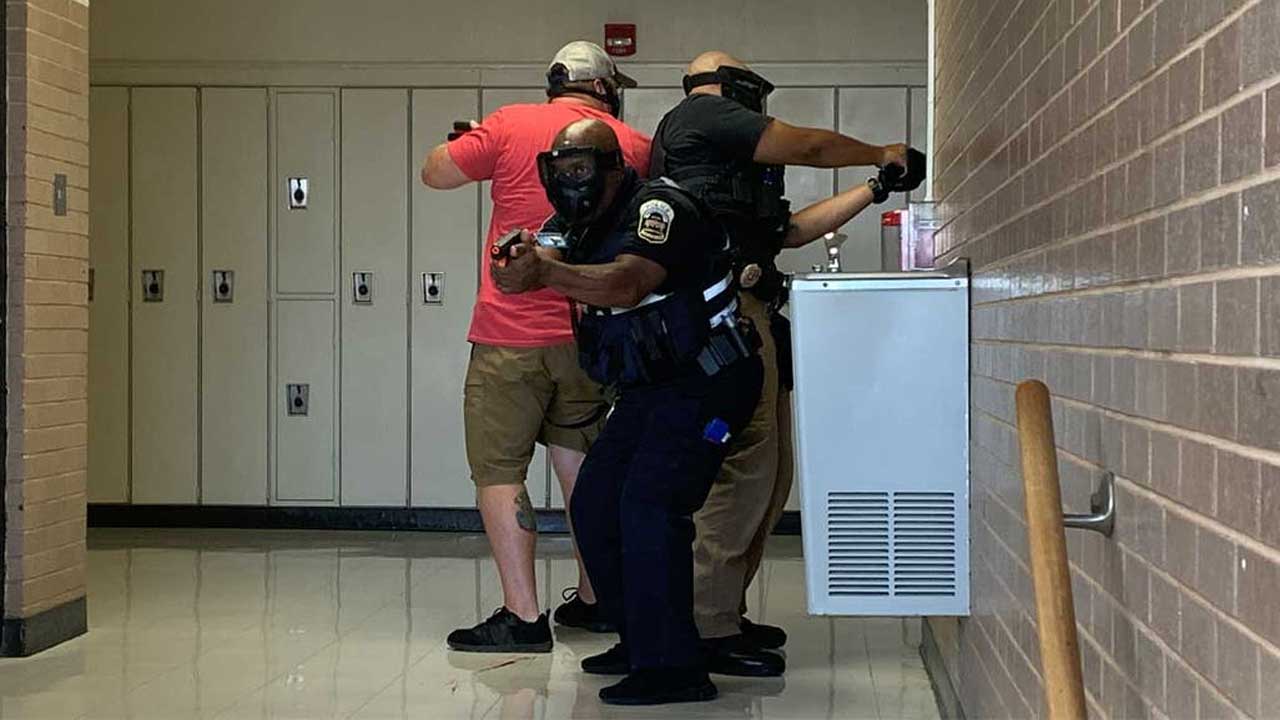 As the first day of school quickly approaches, some local districts teamed up with law enforcement and first responders to hold active shooter drills this week. News 9 got a firsthand look at training in Warr Acres and in Moore.

An active shooter inside a school is a scene law enforcement do not want to imagine but have to prepare for. Putnam City campus police were thrown into the mix on Tuesday as part of the district's safety policy.

“We’re working with Putnam City campus police right now teaching them the tactics,” said Dustin Hendrix, Dark Watch Tactical, LLC. “How to effectively respond to something like that.”

Officers also must learn how to work with paramedics to rescue victims.

“Because in a real-world scenario that’s going to be our response and how to deal with casualties, setting up re-unification area, incident command,” said Hendrix.

The Moore Police Department held a similar drill at Oakridge Elementary. Police said while they do regular active shooter training, this was the first time they have brought in dispatchers, area EMSA and the fire department.

“All of the participants in the training are going to be exposed to several different scenarios,” said Lt. Kyle Hill, Moore Police Department. “And while we’re training at a school, we recognize a mass casualty event can happen anywhere.”

For this drill they had officers and first responders stage at a nearby park and wait for the call.

911 Dispatcher: “An armed suspect has entered the school. Last seen going into the teacher’s break room.”

They said the training will translate beyond the classroom.

Moore police and first responders will continue their drills on Wednesday. They asked the public to not be alarmed if they see a heavy police and fire presence near Southwest 164th and Santa Fe Avenue.