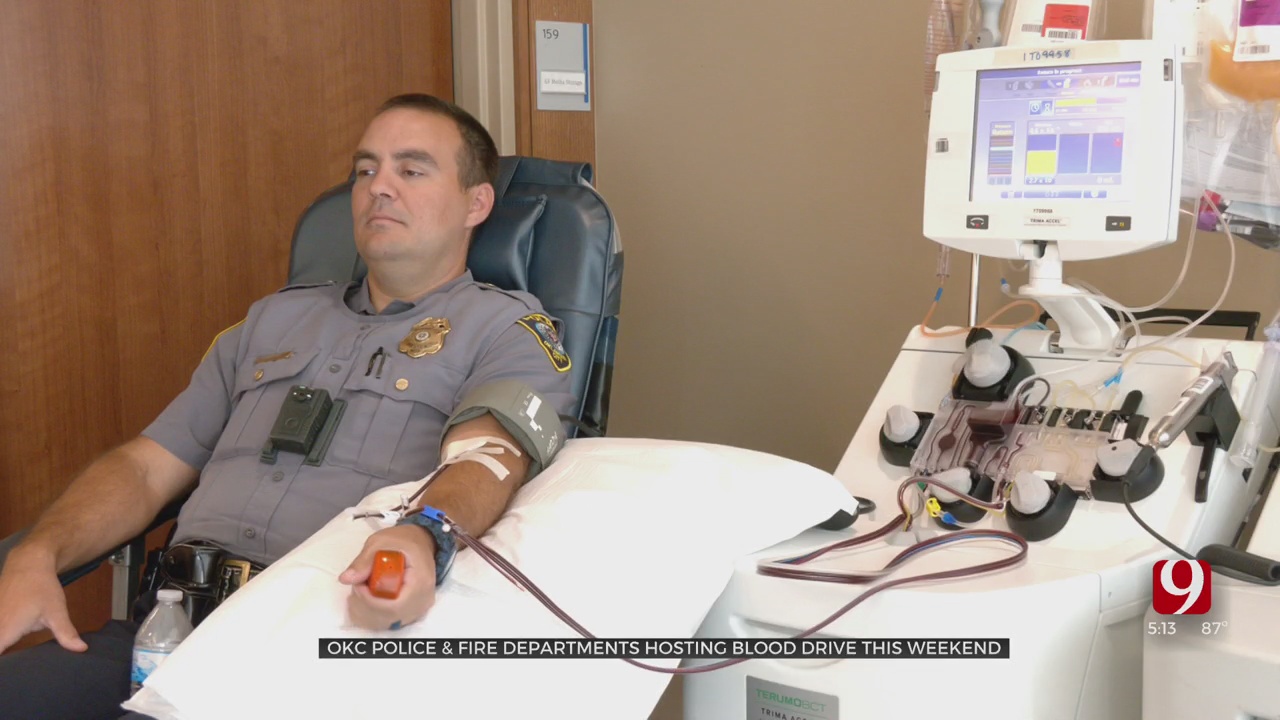 The Oklahoma City Police and Fire Departments are teaming up this weekend to help build blood supply across the state.

Barnes said he doesn't remember much from July 2, 2020. He was escorting the body of fallen Tulsa Police Sergeant Craig Johnson, next thing he remembers is waking up in a hospital bed five days later.

“I ran into a stopped car during the escort and flew 70 feet through the air and slid across the highway,” Barnes said. “There was a paramedic at the procession that had to do CPR on the scene. That's the only reason I made it onto the ambulance.”

Barnes needed 11 units of blood the first day in the hospital and two the next week.

“Eleven units is probably his whole body volume. He's a fairly big guy. That essentially is like getting an oil change, losing everything out of the system and then filling it all back up fresh,” Dr. John Armitage, CEO/President of the Oklahoma Blood Institute said.

“I would not be here without that blood donation. Anniversaries, my children's birthday, just things that you take for granted that I absolutely wouldn't have been around for,” Barnes said.

Barnes said he's seen firsthand how much blood the trauma unit at a hospital can go through in just one day.

The Oklahoma Blood Institute said they've been dealing with a blood shortage for the past 18 months and it's getting worse due to the Delta Variant of COVID-19.

“Right now, I would say we're in an adequate supply, but that's razor thin. We're already seeing canceled drives, particularly out on the eastern part of the state. It only takes a day or two for us to go from relatively secure to very insecure,” Armitage said.

OKC police will be hosting their fourth annual Boots and Badges Blood Drive this Saturday at Riversport to combat the shortage.