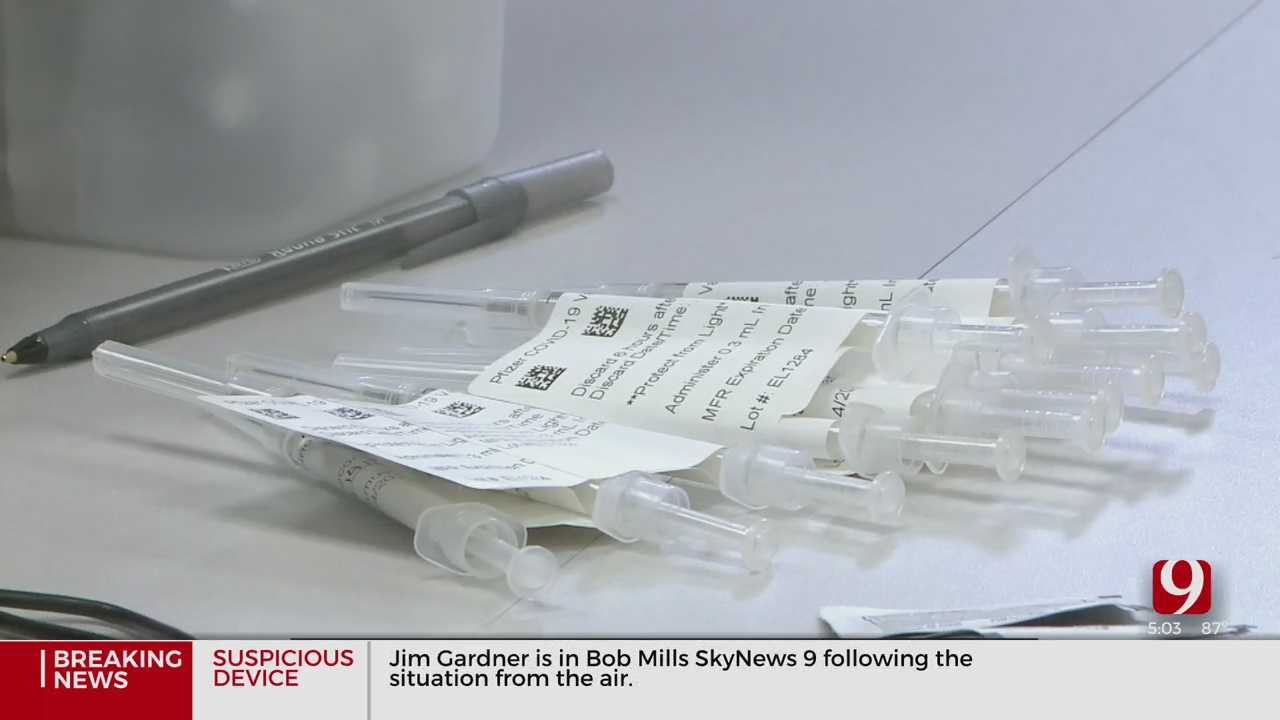 Oklahoma is reporting its highest number of new COVID-19 cases in months.  Health officials now have a new warning for residents.

The state reported more than 1,200 news cases Wednesday, leading local health officials to urge Oklahomans to get the vaccine to protect those who can't.

"We still have vulnerable populations and one of those is the children," said Dr. Patrick McGough, with OKC-County Health Department.

Since the beginning of the year, we've seen thousands of Oklahomans get vaccinated, but there's almost an equal number who have not.  A number of those being children under 12 who aren't eligible to get their shot yet.

According to local health officials, there are still around 300,000 people in Oklahoma County who have not been vaccinated.

"We really need to get that group of individuals in that group vaccinated," said McGough. "We need to bring awareness that they're putting children at risk of being hospitalized."

Officials are now starting to see a rise in cases.  In the last seven days, OCCHD has seen a 98% increase in their seven-day average of total cases.

"Our hospitalizations are also starting to rise, so this is really just another warning for folks to get out there and to help us with the unvaccinated population," said Maytubby.

OCCHD said they're still working to offer the vaccine to everyone the community.

"We still have people taking the vaccine," said McGough. "That's why I know it's not a definitive these 300,000 people haven't just put up a barrier."

Health officials also said they anticipate sometime in September or October they will get the emergency use authorization to possibly vaccinate those 12 and under.