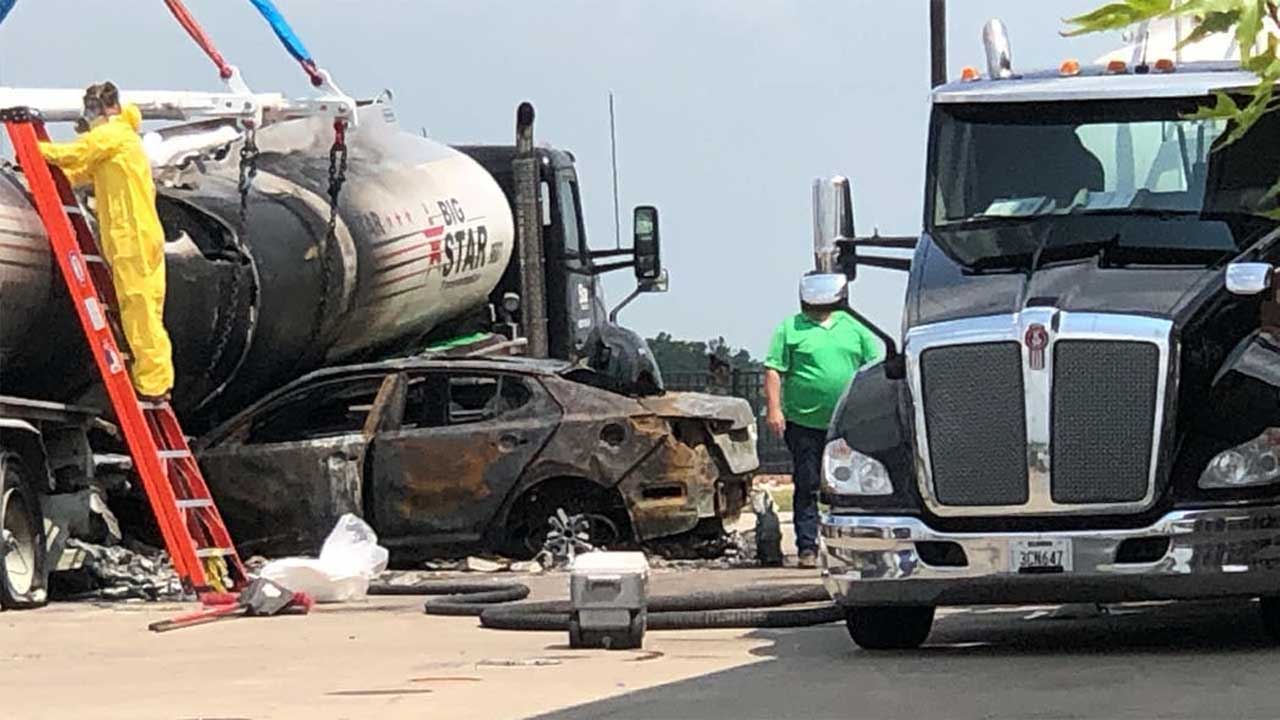 The crash happened when a car tried to run over an OnCue worker for a second time. The driver had already hit the clerk with the car once, police said.

Police said the driver tried to run over one of the gas station's clerks multiple times before they threatened the lives of everyone around them and crashed into the diesel filled tanker.

"[It] made for a very dangerous situation and it was only complicated more by the fact that the car burst into flames," said MSgt. Gary Knight with the Oklahoma City Police Department.

The crash happened around 2 a.m. Monday morning at the OnCue near NW 164th and Portland Avenue.

Knight said it all started when the suspect pulled into the parking lot.

"The driver of that vehicle tried to run the clerk over. They actually succeeded in striking them with their vehicle. Knocking him to the ground," he said.

The clerk said they had no idea who the driver was.

The clerk got up and started to run when the car tried to hit them again. The driver missed the clerk and hit the tanker truck that was filled with gasoline.

The suspect's vehicle, charred and half inside the tanker, was still at the gas station Monday afternoon.

A gaping hole and sunken middle of the truck sits on the burnt car. Firefighters said the blaze could have been much worse if more gas spilled onto the ground.

"It's going to flow and collect in low spots and now we got flaming fire and fuel running down gutters and into drains," OKCFD District Chief Derrick Kiel explained.

Both the tanker driver and clerk are expected to be OK.

Anyone with information on the driver's identity is asked to call Crime Stoppers at 405-235-7300.