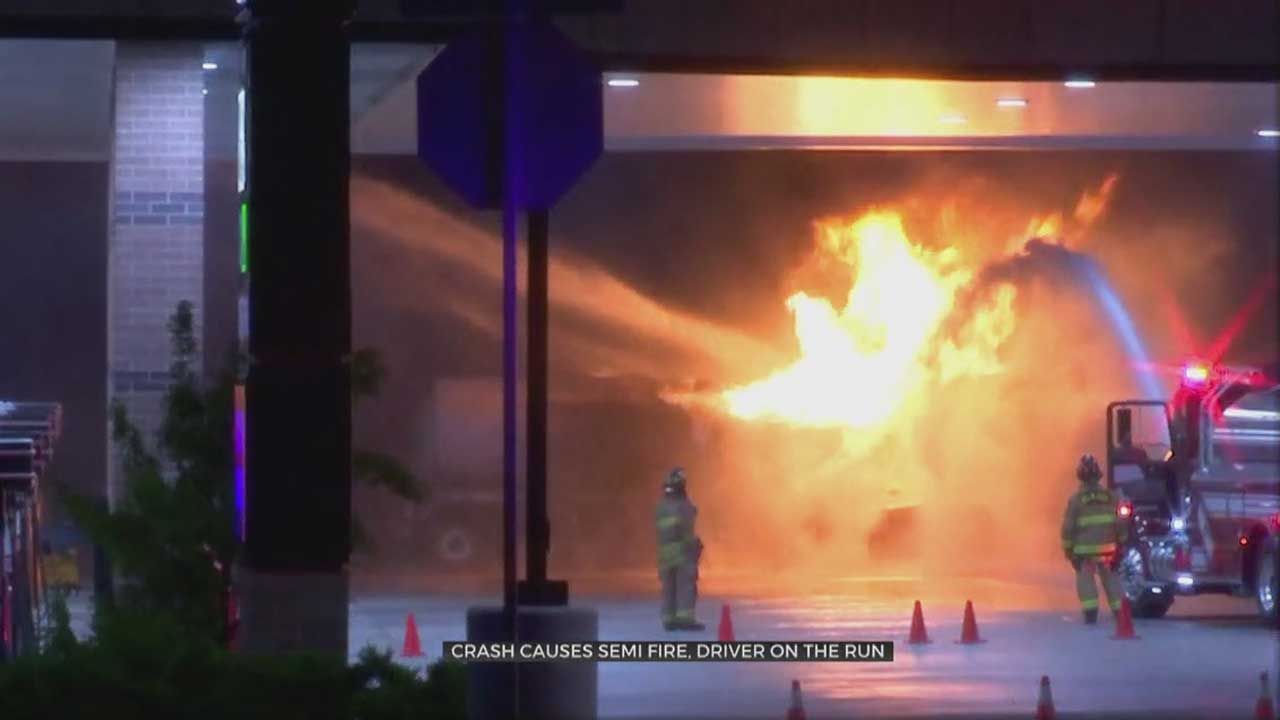 A car hit a fuel tanker which burst into large flames in the parking lot of an OnCue in Oklahoma City, police said.

Just before the car crashed into the tanker, the fuel truck was filling up with diesel at the gas station near NW 164th and Portland Avenue.

The crash happened about 2 a.m. Monday and police said the driver who caused the crash is on the run. The police helicopter was searching the area.

The other two people involved, the driver of the semi and an OnCue employee, are both at the hospital and are being treated for minor injuries.

It is unclear why the OnCue employee was involved.

Fire department officials said they think the employee was struck by the vehicle before the vehicle hit the fueling truck.

The building was evacuated.

"The fire was difficult to extinguish as we had many obstacles like the distance and the building in close proximity," said Oklahoma City fire District Chief Derrick Kiel.

The remaining diesel fuel has been moved to another truck and taken away.