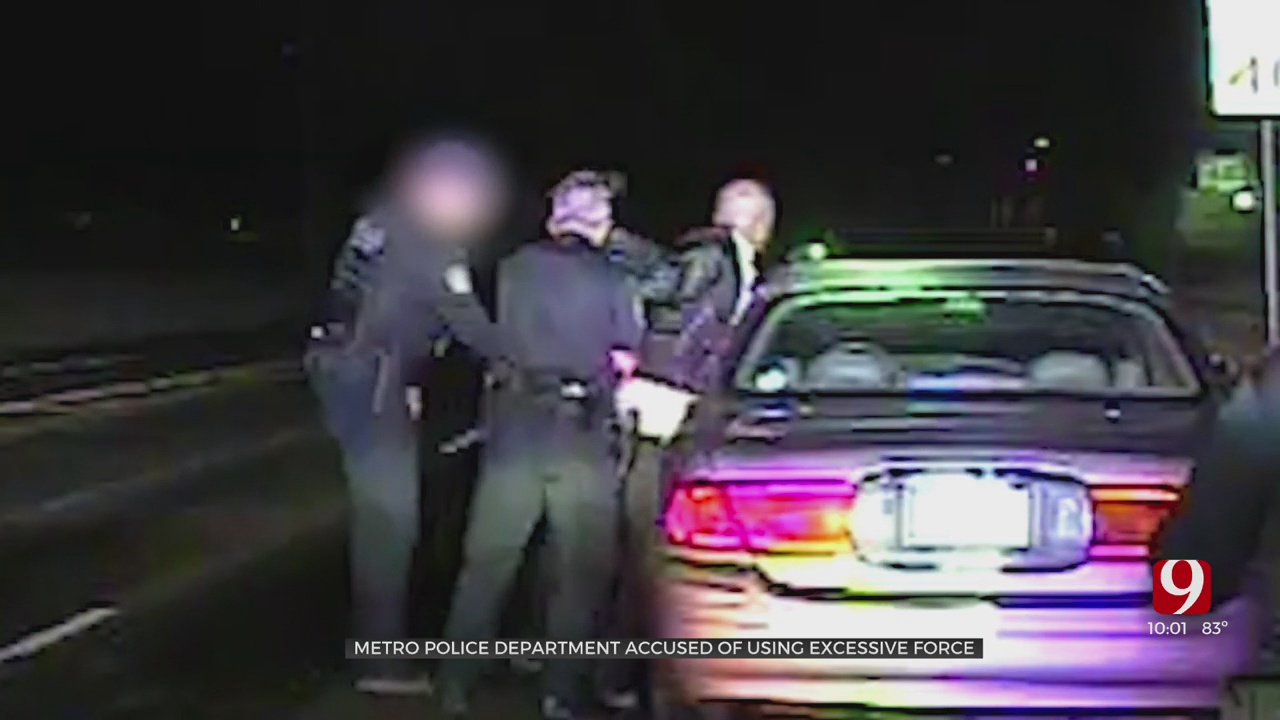 Harold Brown, a CLEET certified security officer, was heading home from work on Southeast 59th Street in the early morning hours of December 1, 2018.

Brown was pulled over by an officer for a malfunctioning tag light.

Brown asks the officer for a break, when the stop appears to go quickly from 0 to 100.

“Let me see your CLEET license!” the officer screams.

“Don’t yell at me,” Brown calmly replies, as seen on bodycam video.

Brown steps out of his vehicle and is arrested but not before attorney Jeffrey Box said he was slammed to the ground while in cuffs.

The officer is then seen shoving Brown into the back of a patrol car. Brown is shoved with so much force, its knocks the officer’s bodycam down.

“Have a seat!” the officer screams.

Are you crazy?” Brown responds.

Box said Brown’s head hit the door frame which cut his head open. Blood is seen dripping into his eyes.

“We need to call his (Brown’s) security company and let them know what kind of d******g they’ve hired,” another officer is heard saying on bodycam video.

“They said he was being uncooperative just by asking questions, (I guess that) makes you uncooperative,” Box said. “The police officer had no right to demand his CLEET card. Mr. Brown has every right to refuse to give it to him. That is not part of a traffic stop.”

According to Box, the officer pulled Brown over outside of Valley Brook’s jurisdiction defined by a judge last year in the state’s Court of Criminal Appeals.

It happened again earlier this month when Nicholas Bowser was pulled over in Oklahoma City’s jurisdiction following a judge’s ruling, Box said.

Box said he plans to file a second civil lawsuit accusing the officer in the latest incident of Bowser being punched in the back of the head.

Brown is suing for assault and battery, false arrest and negligence.

News 9 reached out to the Valley Brook police chief and was told he was working but unavailable to answer the phone.

Box said the officer involved in Brown’s arrest is no longer with the department.