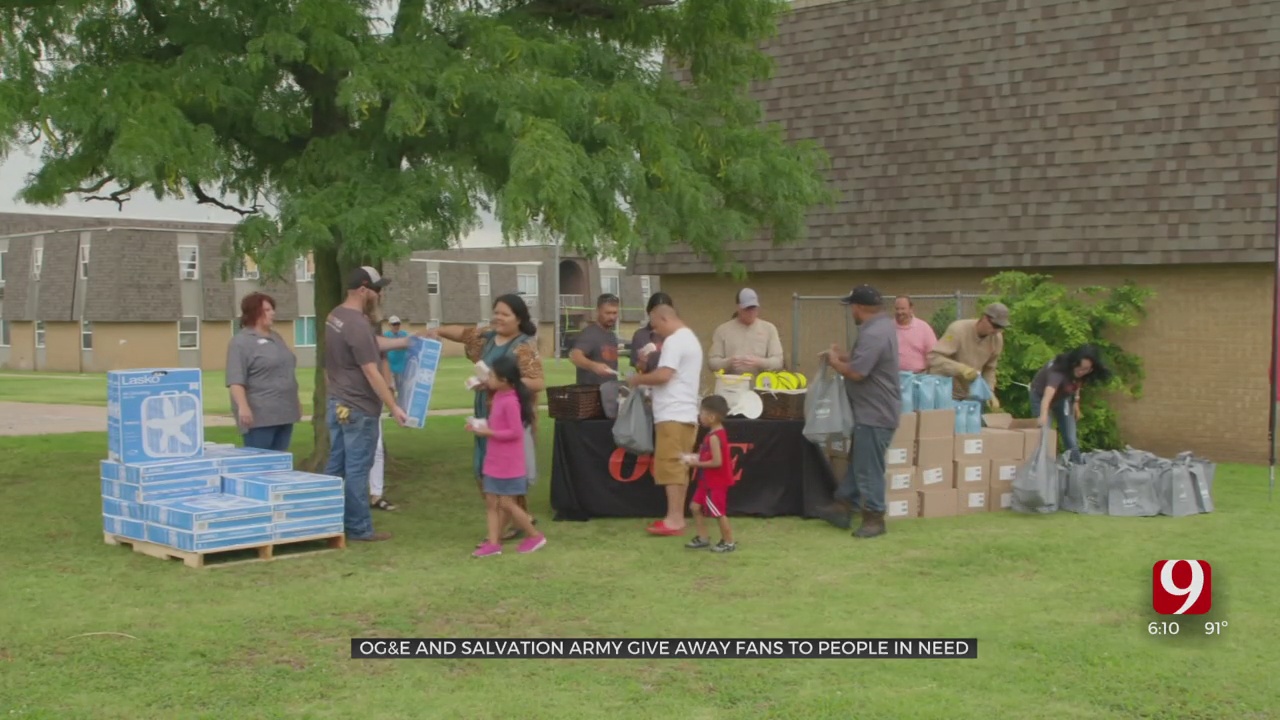 As summer temperatures soar, two Oklahoma organizations are doing everything they can do to protect the most vulnerable.

This is year 15 for OG&E to deliver and donate electric fans to seniors and low-income residents across the state.

“This year we’ve distributed about $25,000 worth of free fans to seniors and others in need. And over the last fifteen years we’ve donated close to $250,000 in free fans.” Gayle Maxwell with OG&E said.

OG&E personally distributes many of the fans. They also partner with local organizations to assist getting them to the communities. One of those organizations is The Salvation Army.

“We try to prioritize them and get them into the hands of people that have a medical condition in the home.” Major Charles Powell, Area Commander for Oklahoma City Salvation Army said. “Or there’s disability in the home. Or they have infant children. Children under six months of age.”

“I’ve been needing it and you just answered my prayers on how I was going to obtain and receive it. So that was a blessing within itself,” Alexander said.

David Fields has four people living in his home, and recently had triple bypass surgery. The family has no air conditioning in the home and said the fans are really needed.

The fans are available on a first come first serve basis.

If you’re in need of a fan, it is important that you call ahead and make an appointment. Salvation Army Center for Hope can be contacted at 405-246-1100

The Salvation Army has many other resources available that you may qualify for.