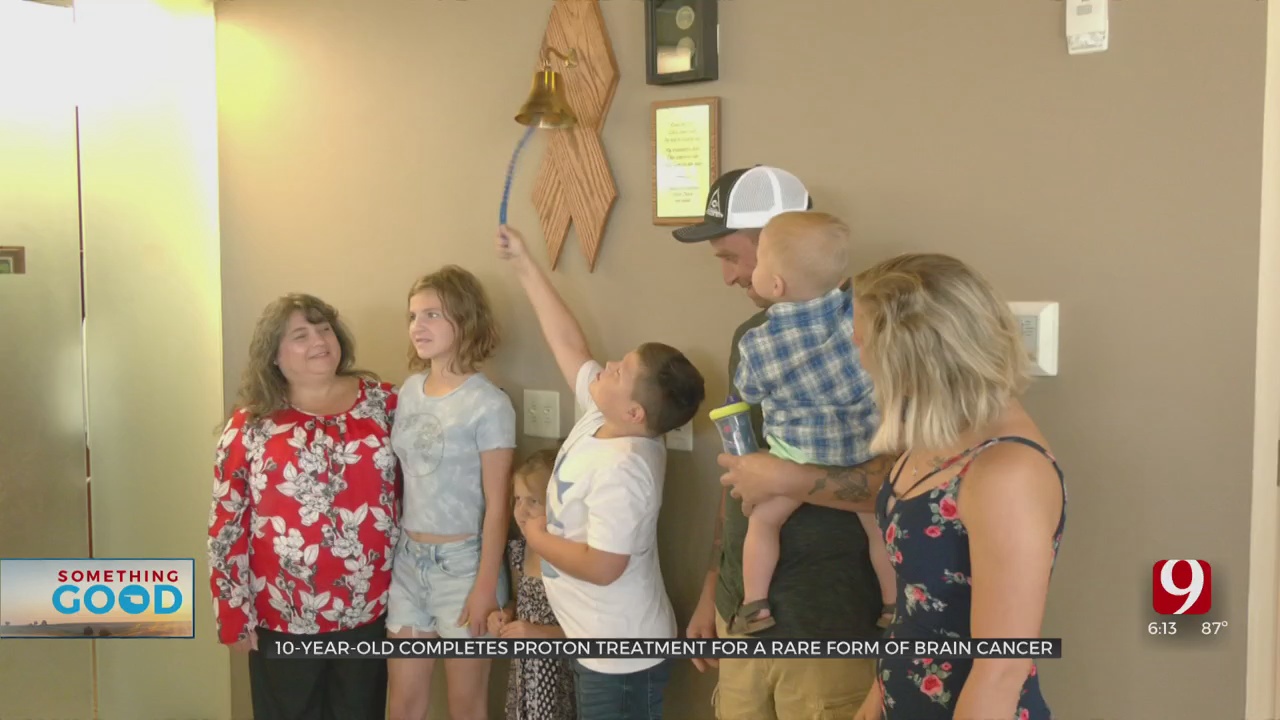 Corbin Patten,10, has been battling a rare form of brain cancer his entire life. But he’s a fighter and Thursday he gave cancer a major blow.

Corbin’s brain tumor is inoperable because of its location. Doctors have been able to control the tumor with chemotherapy but is starting not work so well. And radiation is just not an option.

“Radiation can be very damaging especially to the normal tissues in and around the brain. So, we worry about his hearing. We worry about his eyes and the nerves that go from his eyes to the brain,” Dr. John Han-Chih Chang with Oklahoma’s Proton Center said. “Along with the spinal cord that connect the brain to the rest of the body. This tumor is situated right in the middle of all of that.”

Proton therapy allowed Chang to deliver treatment directly to the spot of the tumor without the collateral damage that radiation can have.

For Corbin and Chang that was welcomed news.

“It’s been a total of six weeks culminating to today, his final treatment today. So, I’m very excited for him and he’s excited to be done with this and move on with the rest of his life,” said Chang.

Corbin has been doing treatments five days a week, for the last six weeks. For his last treatment, he was surrounded by loved ones as he rang the bell to signify that he is now cancer free.

Corbin was also surprised with a visit from a fighter pilot from Tinker Air Force Base.

“He loves pilots and loves planes. Anything that has to do with planes or the old-World War II stuff, anything. He’ll watch World War II videos all day long at home,” Natalie Clark, Corbin’s mother said.

Corbin got to put on the gloves ending his fight with cancer, making him graduate number 3,685 for the Proton Center.

The family is now set to visit the children’s hospital in Dallas on August 17 for an MRI. They then plan on taking a long awaited and much deserved vacation.