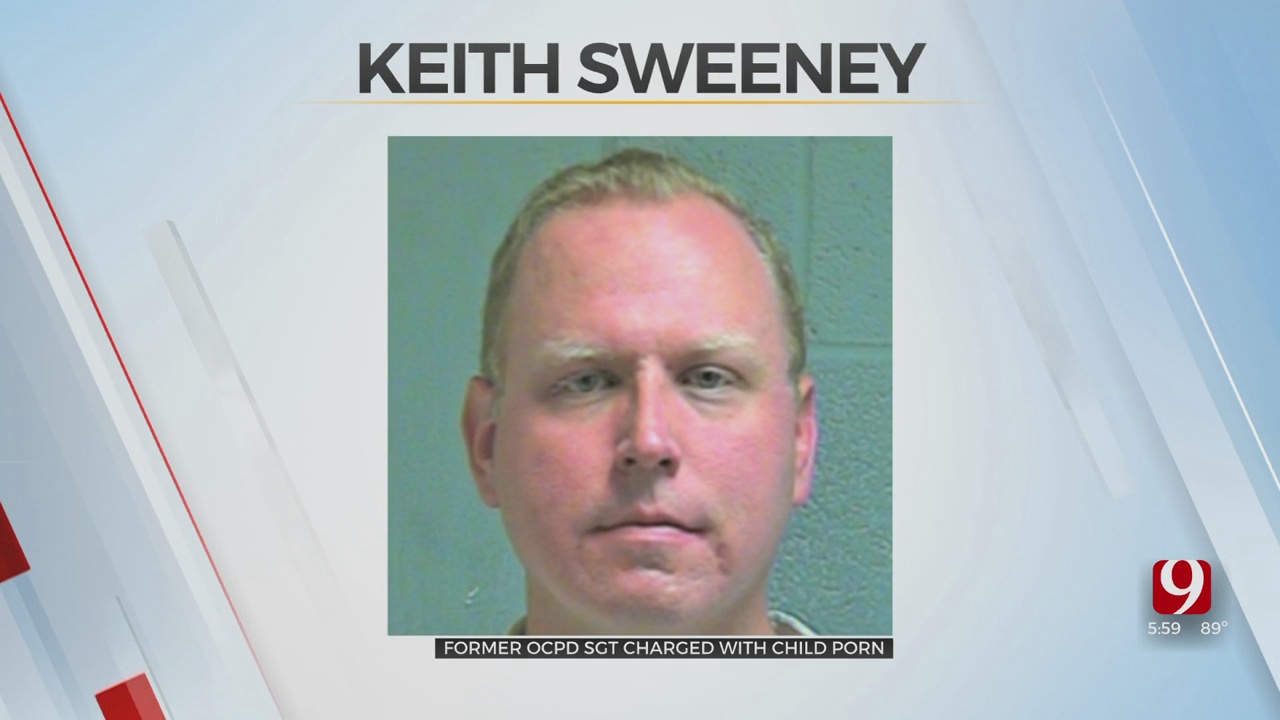 A former Oklahoma City police officer convicted of second-degree murder was charged with 12 counts of possession of child pornography, according to court records.

Charges were filed against Keith Patrick Sweeney on July 8 in Marshall County.

Marshall County Sheriff Donald Yow said Sweeney was housed in the Marshall County jail from Jan. 29, 2020 to April 7, 2021 as a corrections department inmate.

Yow said he requested Sweeney be removed from the jail due to behavioral incidents toward staff and other prisoners inside the jail.

A News 9 source said Sweeney was temporarily being housed in Marshall County for protection due to his former status as a police officer.

Yow released a news release about Sweeney and the investigation against the former officer on Tuesday.

In March, Yow was notified by Norman police of a cyber crime inside the jail. Norman investigators said Sweeney received and sent pictures of child pornography while using the jail's Wi-Fi.

Yow said he investigated the matter and determined a former jail administrator gave Sweeney access to an iPad along with the jail's Wi-Fi password and an Internet box to use that allowed Sweeney to access the Wi-Fi.

Yow changed all passwords after his investigation and "confiscated all equipment that could be used like this again."

Yow said he was not aware of the jail administrator's actions and he would have not allowed Sweeney to have access to the Internet.

“This incident should have never happened, and we are working very hard to keep and build trust in our communities,” Yow said in a news release. "I would ask that our citizens in which we serve, please not judge us on the actions of the prior jail administrator’s decisions. It has been addressed by the Marshall County Sheriff’s Office and is at the Marshall County District Attorney’s Office."

Sweeney was convicted in November 2019 for killing Dustin Pigeon. Sweeney fatally shot Pigeon after Pigeon doused himself with lighter fluid on his front lawn in November 2017 in southwest Oklahoma City.