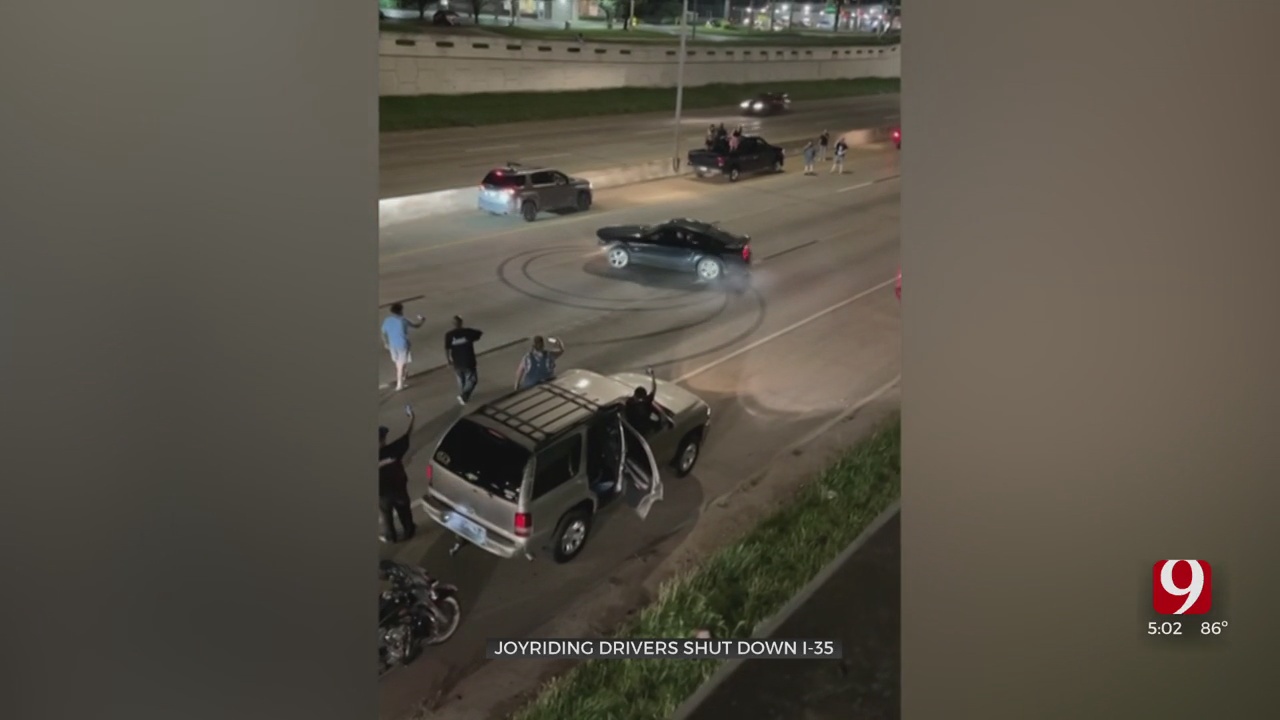 Traffic on Interstate 35 between the Dallas Junction and Moore can be bumper to bumper on a normal day. However, it was anything but normal Sunday night due to a group of drivers doing donuts in the middle of the interstate.

A recent video shows the chaos.

"When we see videos like this it is very disturbing to the Oklahoma Highway Patrol because we look at that and we see the danger involved," Trooper Eric Foster said.

Dispatch first started receiving calls around 11 p.m. Sunday. Foster said this isn't only dangerous for those involved, but the traffic can also be an issue for people in an emergency situation.

"There are people on the roadways trying to get to maybe hospitals," Foster said. "Trying to get home to see about their loved ones."

Troopers, along with Oklahoma City police responded to the scene, but by the time they got there, it cleared up.

No arrests have been made, but OHP said they were able to get tag numbers from the Facebook video.

"Let's say you are one of the parties that are blocking the roadway, if someone gets injured in a great violent crash, or killed in that instance, you can be held liable as well," Foster said.

Foster said incidents like this don't happen often, but they tend to increase during the summer months.

"When people do that, they're not thinking of anybody else but themselves," Foster said. "There are a lot of different factors that play."

OHP also said no one was hurt during the incident and it’s uncertain how many people were exactly involved.