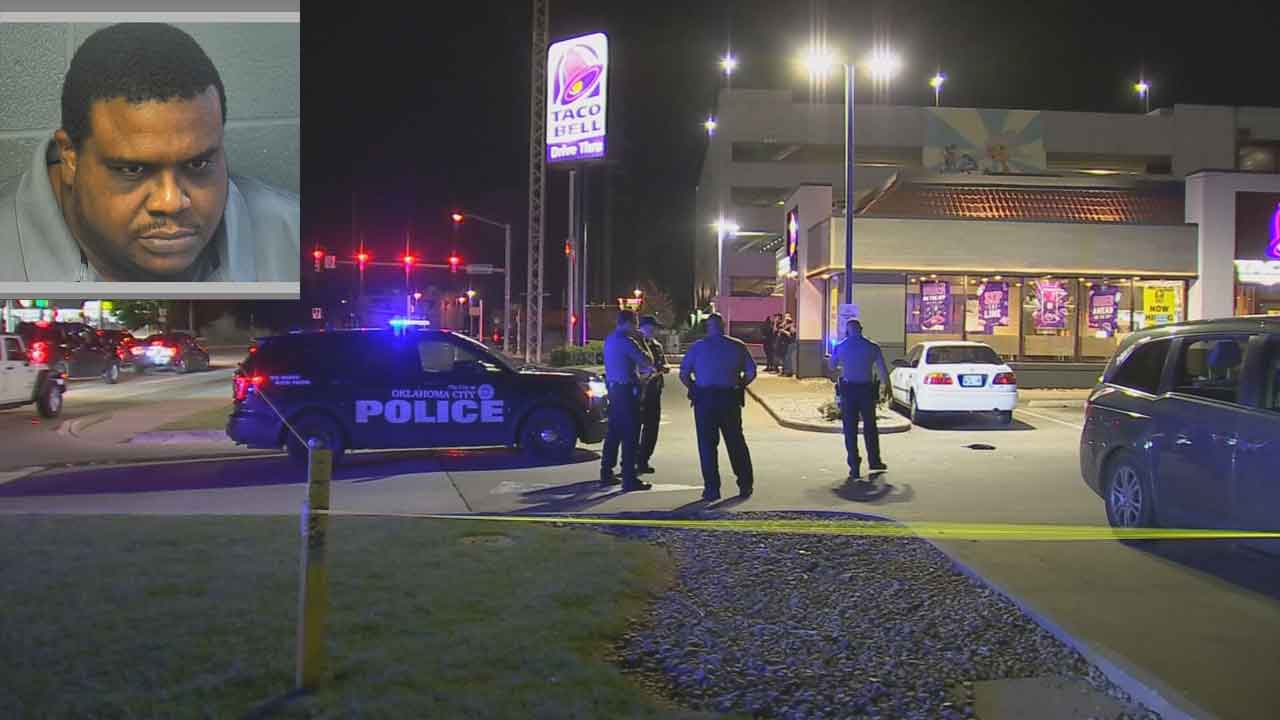 A metro security guard is under investigation by multiple law agencies following a weekend shooting in downtown Oklahoma City.

Police arrested Antjuan Martin, 48, on Friday after he allegedly shot a homeless man during an altercation.

News 9 obtained cell phone video of the scene at Taco Bell near Sheridan Avenueand Classen Boulevard. The victim was on the ground in the parking lot, and it appeared Martin was walking the scene.

Police said it all started when Bradley Bishop, 25, refused to leave the restaurant.

“An altercation ensued between the two and at some point, the security guard unholstered his weapon and fired several times as the individual was walking away,” said Sgt. Dillon Quirk with the Oklahoma City Police Department.

Bishop was taken to an area hospital with two gunshot wounds.

Police said Martin returned to the restaurant and stood by his car. Officers found his gun on the hood of the car and the magazine on the trunk. Police arrested Martin and he was booked into the Oklahoma County Detention Center on a complaint of assault and battery with a deadly weapon.

Martin not only called someone to bail him out of jail, but he also called the Oklahoma Council on Law Enforcement Education and Training (CLEET), the state agency that regulates law enforcement and private security agencies.

“He called to find out where he was in the process for his licensing,” said Brandon Clabes, CLEET Executive Director. “We don’t show any record where he’s made contact with us.”

Clabes said Martin's CLEET license expired on January 4 and put him inactive. Which means Martin cannot legally carry a gun while on duty.

Besides a criminal investigation, Martin faces other consequences from CLEET.

“If he’s found to be in violation then fines will be determined at that point,” said Clabes.

Clabes said Martin is self-employed and owns his own security and private investigations firm. He has not been formally charged by the Oklahoma County District Attorney.