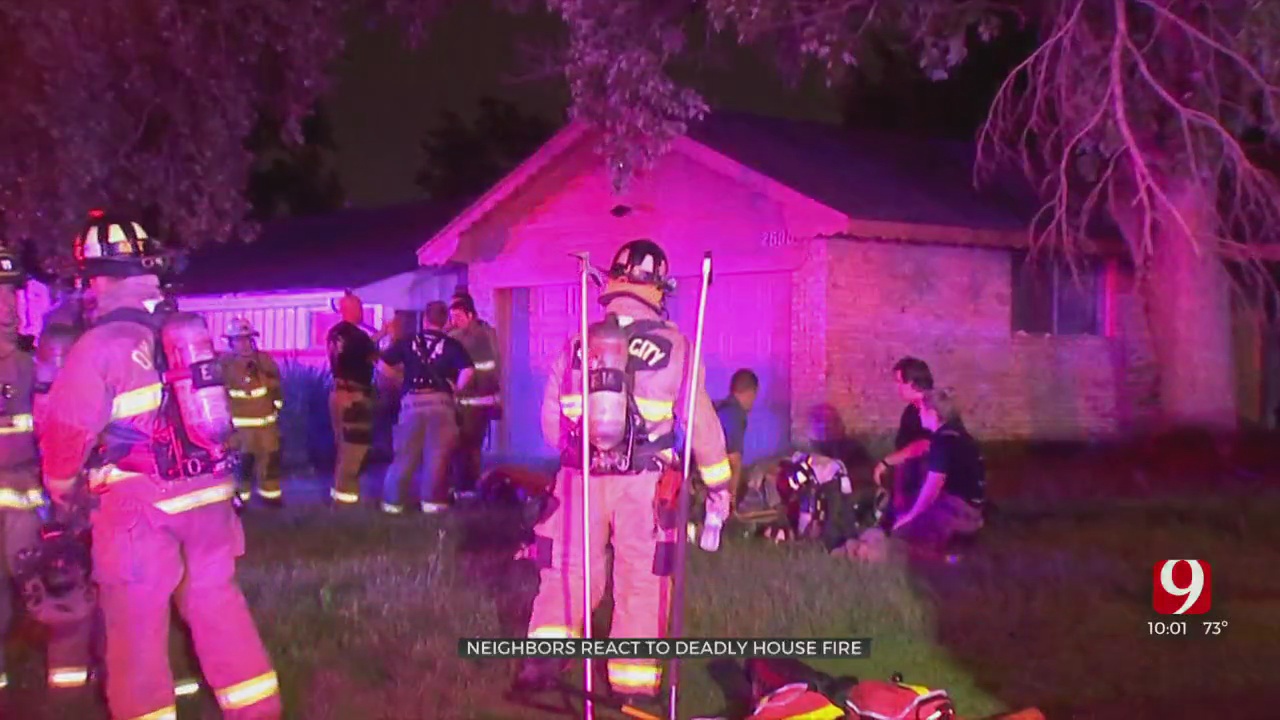 "My brothers and my dad tried to go open the doors since we know it's always unlocked,” a neighbor said. "There was just smoke, and we couldn't get to her."

Other neighbors were in shock after learning someone on their block died overnight.

"This is terrible," neighbor Ryan Melton said. "We didn't even hear the alarms last night, but we walk past that house every day with our girls when we go on a walk."

Those who saw the flames told dispatchers the person who lived inside the home was on oxygen and had trouble moving around.

"When we arrived on scene, we did have heavy fire coming out one of the sides of the house,” Oklahoma City Fire Department battalion chief Cathy Hayes said.

A group of firefighters quickly began trying to knock down the fire while another entered the home through the front door, trying to find the woman who was inside.

"Our search did locate one victim," Hayes said. "We have our arson investigators and our Oklahoma PD on scene."

Firefighters said the victim was found in the bedroom where the flames were seen. No one else was found inside the home.

"Have never heard of any of that happening," Melton said. "It's pretty shocking for a fire, let alone someone to die."

Fire investigators, along with the Oklahoma City Police Department, will have a joint investigation into what caused the fire.

Firefighters also said there were no smoke alarms inside the home.