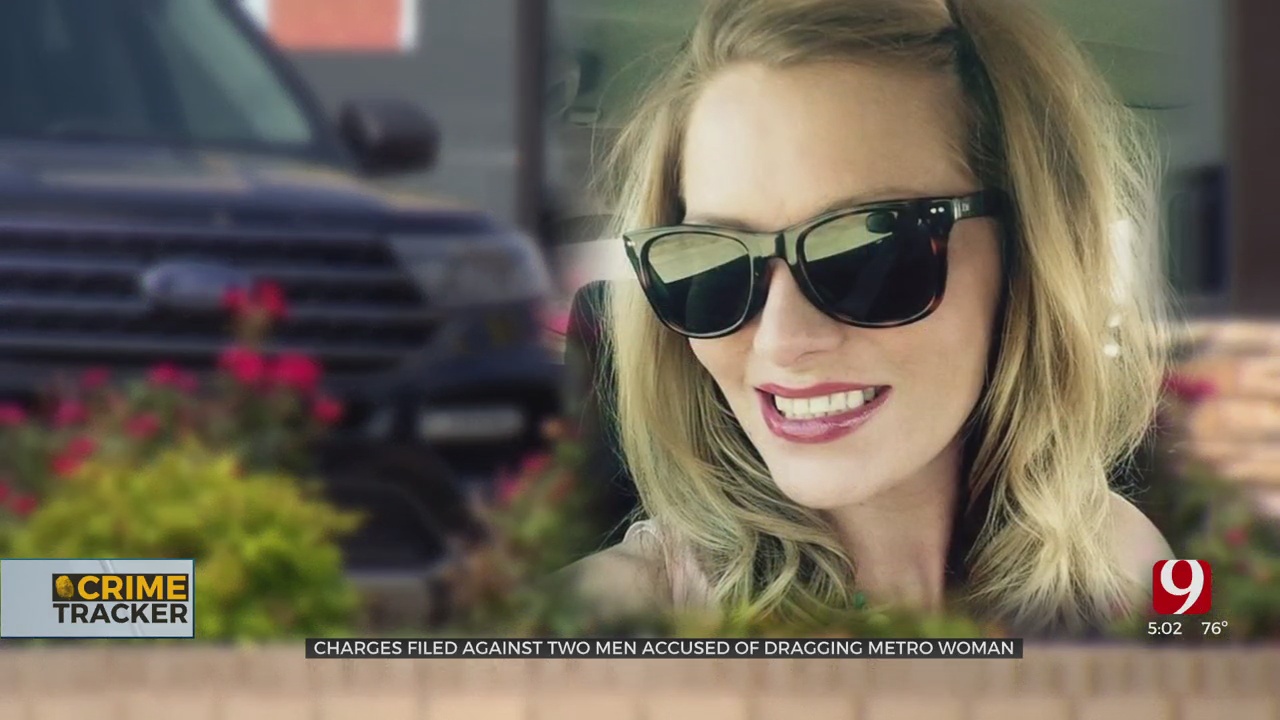 According to new court documents, Daryl Holland and Brady Haney are accused of hatching a plan to rob Kendra Hunt, 34, at a McDonald’s in northeast Oklahoma City. The men also face one count of kidnapping. In addition, Holland was charged with two counts of assault and battery with a dangerous weapon and maiming.

Oklahoma City police responded to a domestic fight on June 15 at the McDonald’s near Interstate 44 and Martin Luther King Avenue. Witnesses told police they saw Holland drag a woman by his car.

Related: Man Arrested After Woman Was Dragged By A Vehicle In NE OKC, Police Say

Officers found Hunt on the ground in a neighborhood near Northeast 50th and Martin Luther King Avenue. Police said Holland dragged Hunt’s body for more than a mile. Hunt had extensive injuries to her body that police said left her without fingerprints and will likely leave permanent disfigurement.

Hunt was able to give investigators a brief statement a week after she was admitted into the hospital.

Hunt told investigators she planned to buy drugs from Holland. Hunt said Holland and Brady held her against her will inside their vehicle and drove to McDonald’s. Holland allegedly pistol-whipped the woman several times with a BB gun and demanded all her cash. Holland then pushed the woman out of his car. Witnesses reported seeing Hunt being dragged by her neck.

“This is a very large scene,” said Capt. Michelle Henderson, with the Oklahoma City Police Department. “We have the McDonald’s, we have the gas station behind us, we have the evidence down the street here off 50th and we have the car also.”

When Holland's car was recovered, investigators found a BB gun and a $100 bill on the backseat floorboard. Holland was captured the same day and police said he admitted to pushing Hunt out of the car and named his accomplice.

Police said Haney gave investigators his phone where they found text messages between him and Holland, corroborating the robbery plan.

Currently, Holland is in custody at the Oklahoma County Detention Center. A judge set his bond at $250,000. Haney has not been arrested.