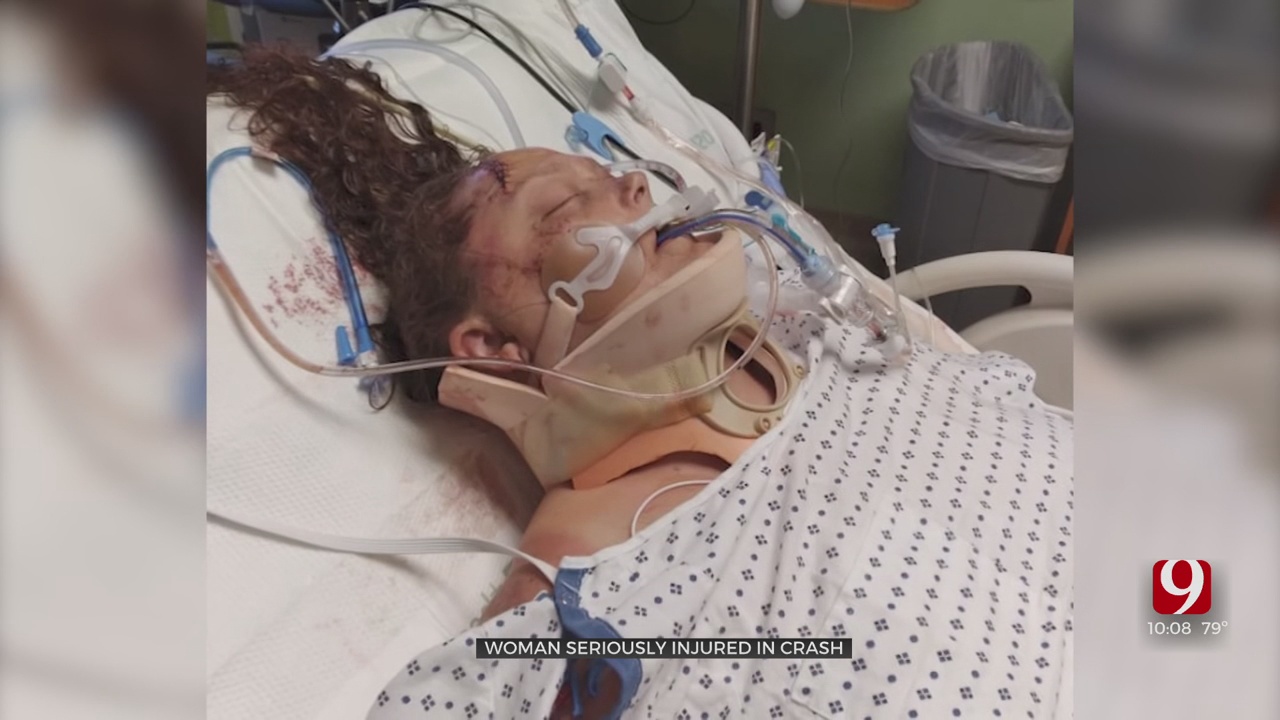 Recent heavy rains caused a couple from Moore to crash on I-240, leaving them in oncoming traffic.

Melissa Green and her husband, Darrell Smith, were hospitalized following the June 26 crash.

Green remains hospitalized at OU Health. Smith has since been released from the hospital.

“We’re definitely really concerned that she is going to pull through and be okay after all this, it’s been very emotional,” Amanda Maldonado, a friend of Green’s, said.

The couple was traveling eastbound when their 2003 Toyota Tacoma hydroplaned. The truck left the roadway, crashed into a concrete barrier and came to a rest in oncoming traffic.

According to the Oklahoma Highway Patrol, the two were not wearing seatbelts at the time of the crash. Green was ejected from the truck.

“There are still a lot of what if’s, but I don’t know what we would do if we would have lost her that morning,” Maldonado said. “It is very scary to think about. We have had a lot of losses in our lives between her and I both.”

Green now begins a long road to recovery, one that may be completed several months from now.

“I can’t wait until I can see her again and give her a great big hug,” Maldonado said.

A GoFundMe page has been started to help Green with medical and rehab expenses.