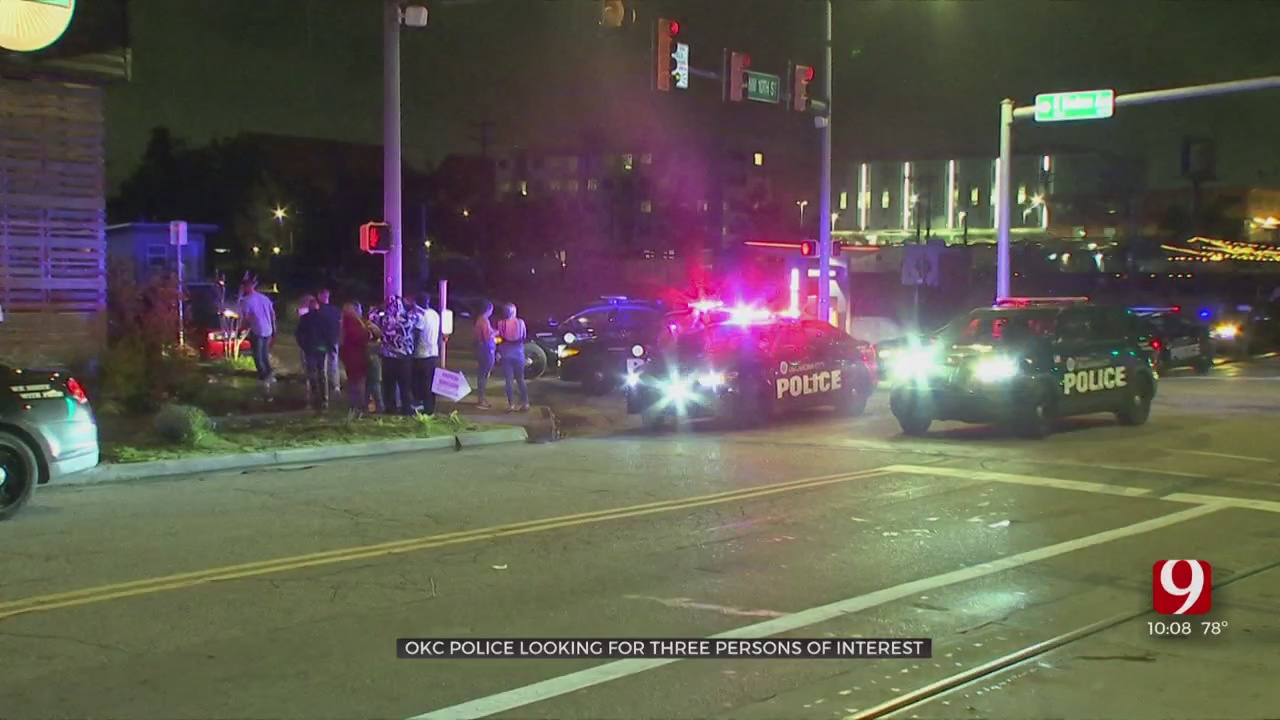 Oklahoma City police investigators said they want to talk to three people of interest seen on surveillance footage in connection to a triple shooting in Midtown.

"I didn't know it was gunshots at first because the music was so loud," witness Adam Graham said.

A chaotic scene in Midtown last weekend saw dozens spill out of a local bar after several gunshots rang out.  Witnesses described getting under tables and even crawling to try and get to an exit.

"Everyone was just making their way out the front of the door and extremely fast-paced," Graham said.

The shooting happened right outside a bar near Northwest 10th Street and Hudson Avenue just after 1 a.m. on June 27.

"At some point the suspects produced a handgun and opened fire on the three, hitting all three of them," Oklahoma City Police Department Master Sergeant Gary Knight said.

When police arrived on the scene, they learned three people had been shot. One of the victims is currently in critical condition.

"It appears the three were together," Knight said. "Had been at one of the bars there or a club there and, at some point, had gotten into some type of an altercation with some other people."

Detectives said the other two victims suffered minor injuries.  The suspects ran away before officers arrived.

Investigators are now asking the public to take a closer look at three people of interest who can be seen on surveillance video walking inside the bar.

Officers are also looking for a black SUV which they believe could be involved.

"There were a lot of people at this occasion," Oklahoma City Police Department Master Sergeant Jennifer Wardlow said. "People coming and going, obviously innocent citizens, that are just there enjoying themselves. A very dangerous situation for everybody who was there that night."