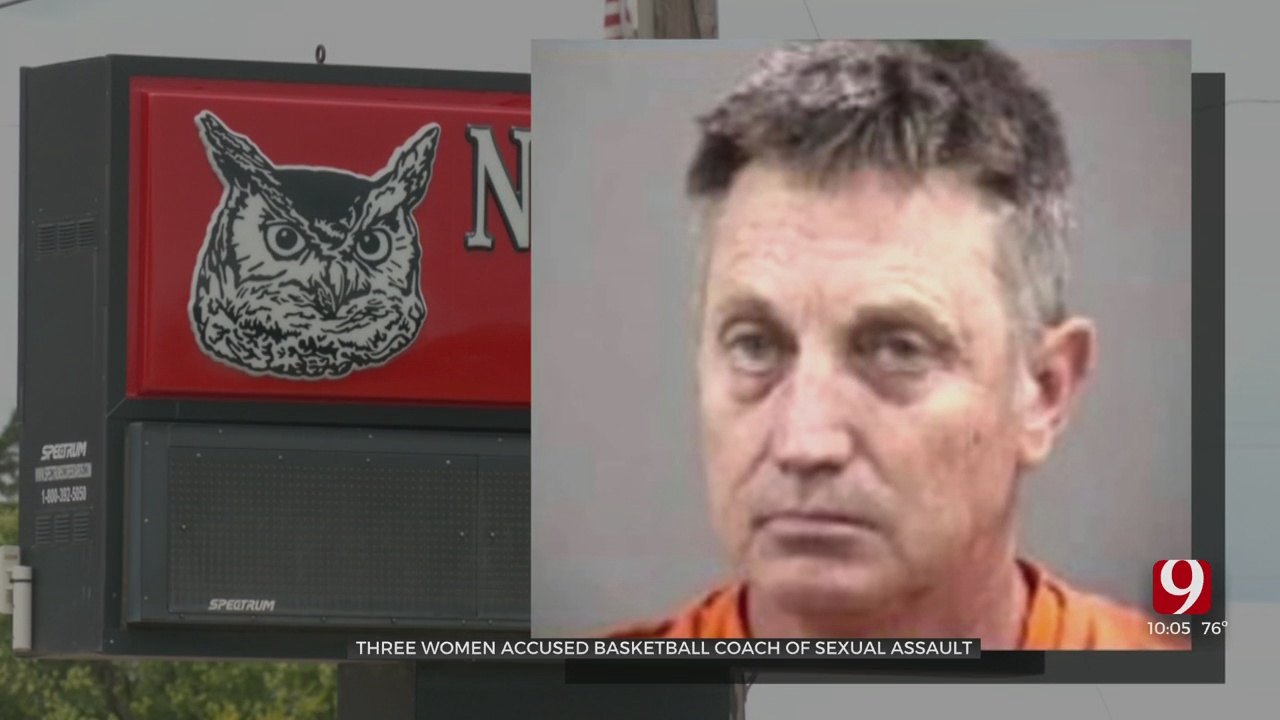 Three former Ninnekah Public School students accused Ronald Akins, a girls basketball coach at the district, of sexual assault and rape while they were enrolled.

Akins was charged Tuesday with two counts of sexual battery and two counts of rape by instrumentation. He was arrested last week and has since bonded out of the Grady County jail.

The three former students were between 13 and 17 years old at the time of the alleged incidents, according to the probable cause affidavit written by Lt. Bellan Gornick of the Grady County Sheriff’s Office.

In the affidavit, Gornick wrote that all three women said Akins kissed them, groped their chests and pelvic areas, and penetrated them with his finger on different occasions.

The alleged incidents took place in Akins' office, the girls' locker room and off-school property. One of the women said she and Akins “sexted,” or exchanged sexual messages and pictures by text message.

One of the women claimed she was assaulted by Akins on “approximately 20 different occasions,” according to the affidavit.

News 9 attempted to reach Akins for comment on Friday but was unsuccessful.

After interviewing one of the women on Friday June 25, Gornick wrote that he spoke with Akins at his home.

Before Gornick arrested Akins, he said “I’m just saying I’m being accused of something I really haven’t done other than the texts,” according to the affidavit.

Akins was released from jail custody on bond as of Friday evening.

Superintendent Todd Bunch was not available for comment on Friday.

Tuesday, he released a statement saying the district is cooperating with law enforcement.

“The district will take appropriate steps based on the results of the investigation,” Bunch said in the statement.

Following his arrest, Akins’ home in Chickasha burned down.

Someone called 911 Tuesday morning after finding the home on the ground and smoldering, according to Grady County Fire Chief Perry Wenzel.

"Evidently it had burnt sometime in the middle of the night last night," Wenzel said. "It could be possible arson. It's all under investigation right now, it's…undetermined right now."