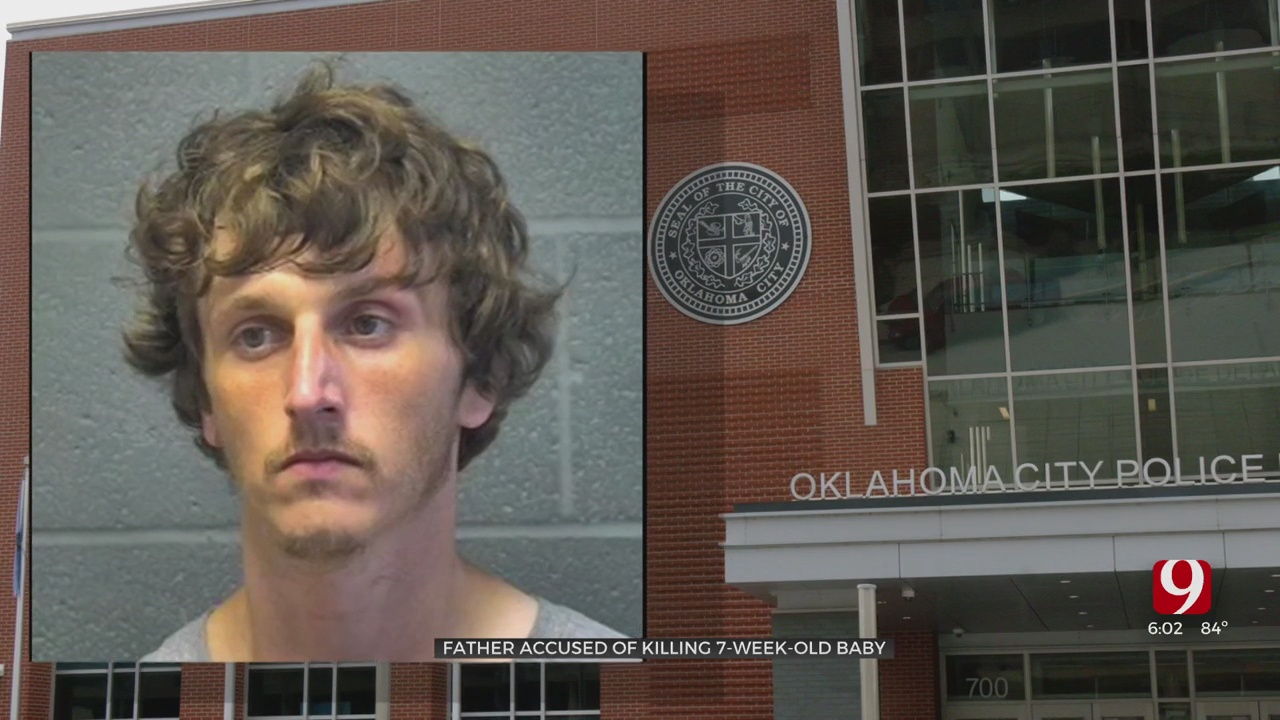 A father is accused of killing his 7-week-old baby girl. Oklahoma City police said the father's story did not match up with the findings of the state medical examiner's office.

“Officers through their investigation along with the state medical examiner’s office determined this to be a homicide,” Oklahoma City police Sgt. Dillon Quirk said.

The seven-week-old died in late May.

“Officers arrived to a local hospital, in reference to a child unresponsive, when they arrived, they learned that the child was brought into the hospital by the father,” Quirk said.

According to court documents, investigators said Bennett told them “He tried to give her a bottle and she would not take it. He thought the baby was breathing shallowly and gave her mouth to mouth and chest compressions to see if that would make her better."

The police report also said Bennett did not call 911. Police said the autopsy report showed the baby's injuries were consistent with possibly being squeezed too hard or by blunt force trauma. And not by CPR.

Police interviewed her mother. She said she was unaware her baby died and when she woke up Bennett and the baby were gone.

Police took the parents' phones as evidence. Officers said they also found heroin in their home after executing a search warrant. Right now, it's not clear if the mother will face charges.