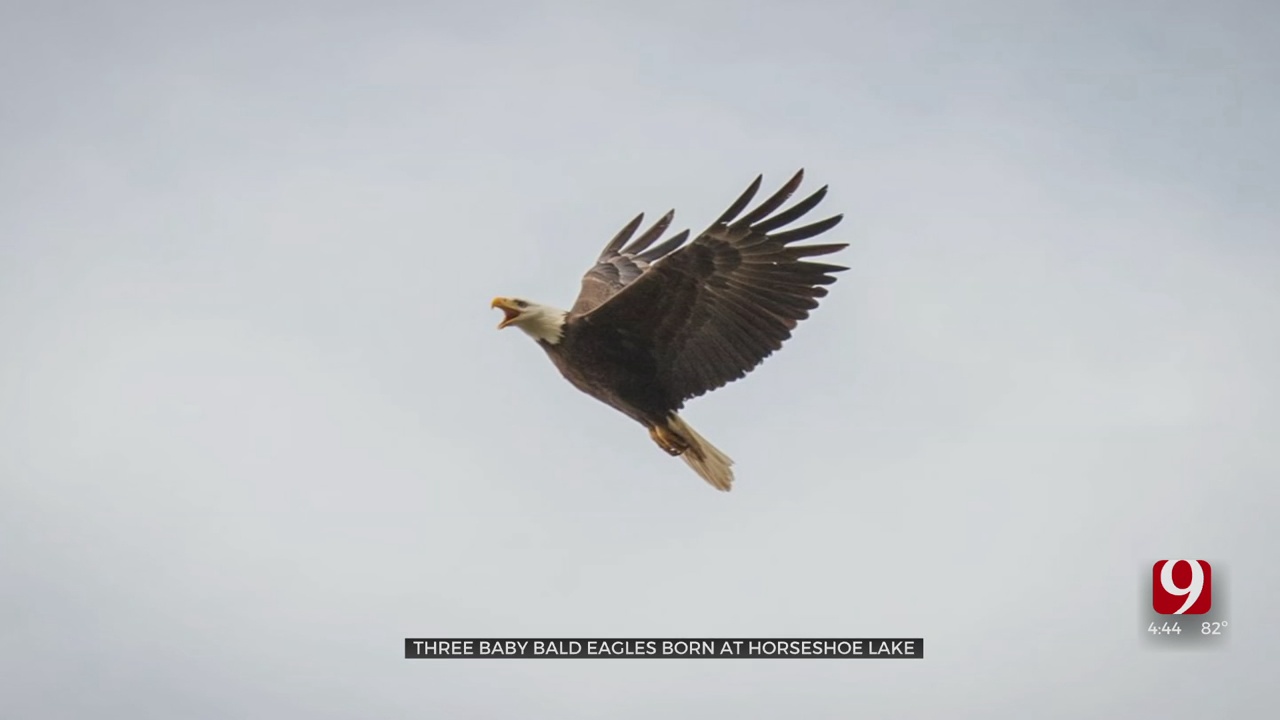 It had become pretty common to see bald eagles near OG&E’s Horseshoe Lake power plant in Harrah. In fact, the company has worked with Sutton Avian Research Center’s bald eagle team to observe the birds.

But then COVID hit and visitations to the property were suspended. So, in addition to his responsibilities as a senior envirochemist with OG&E, Jason Childress gained the title of “bald eagle observer.”

Childress would essentially become an extension of the survey team. He would stay in constant communication with the team sending them video and pictures of the birds.

Then they noticed a familiar activity with the birds.

“We were able to see that the nesting eagles began roosting and so it looked like in preparation of laying eggs,” said Childress.

There was mutual excitement about the potential of baby eagles, but then came February’s cold snap, with record low temperatures and snow totals. It was uncertain whether the babies, hatched or unhatched, would survive.

But with the turn of spring, Childress was finally able to show some positive news.

“We saw one and then two and we thought we saw a third. But by all of our research, you know one or two is common. Three is a little more unusual,” said Childress. “But in a few weeks, we were able to confirm we had three.”

“We were pretty excited,” said Childress. “I don’t think we realized we were going to be that excited. I think we had been so invested in it at that point, to see them survive, we were happy to see that.”

The babies have now left the nest but are often spotted in the area. The Canadian River is a good feeding source and provides a natural habitat for the birds.

Childress still goes out a couple of times a week in hopes of seeing the birds, and said it is still overwhelming to see these American symbols in the area.