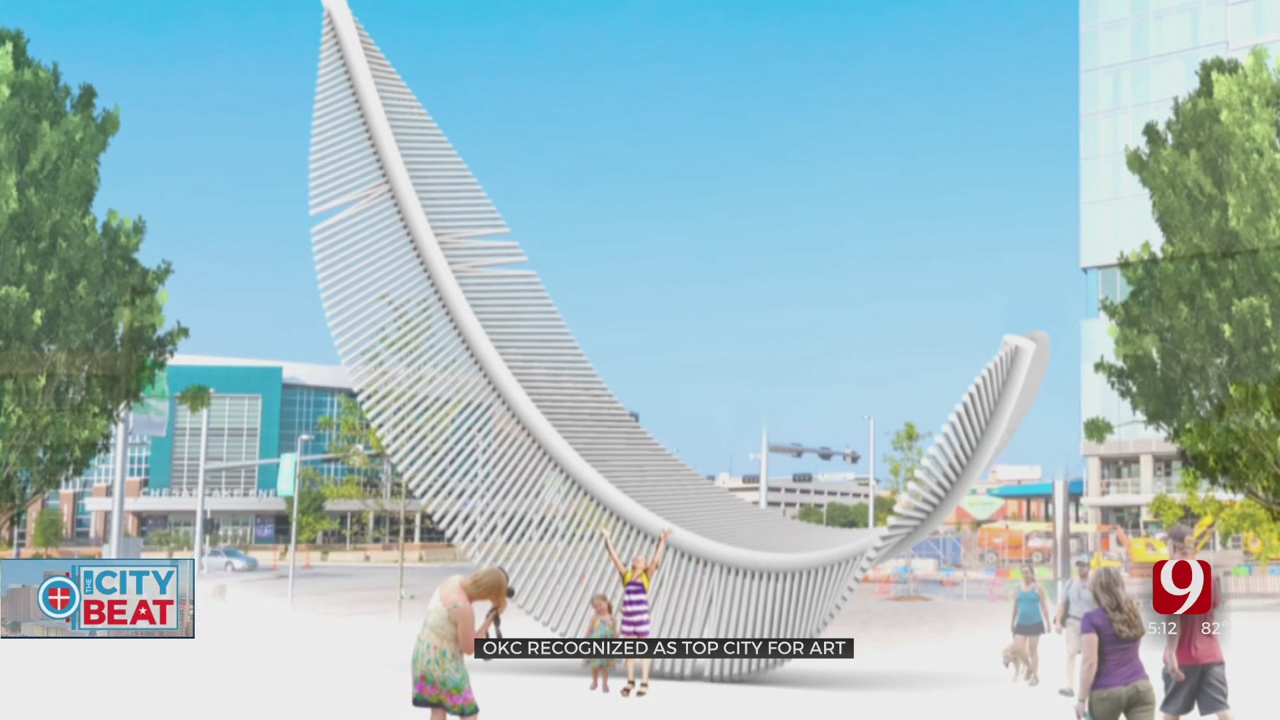 A city transformation is being recognized on the national stage.

The honor is attributed in part to a decision made 11 years ago.

That means 1% of the total budget on a new city building or project would go toward public art.

“What I’d like for people to do is get out and enjoy the park,” said Artist M. J. Alexander.

Alexander’s poems are now sandblasted into concrete and cut into steel at eight OKC parks.

Sunlight now casts those words on the ground at South Rotary Park.

The city currently has 13 1% projects in production.

“It’s inspired the private sector. As you drive across the city, you may not know what's private and what's public. But I know and I can tell you it’s about half and half,” said Oklahoma City Mayor David Holt.

The combination worthy of the top spot for public art in a reader's survey by USA TODAY.

“We've really created a name brand for ourselves in public art and I want to see that continue,” said Holt.