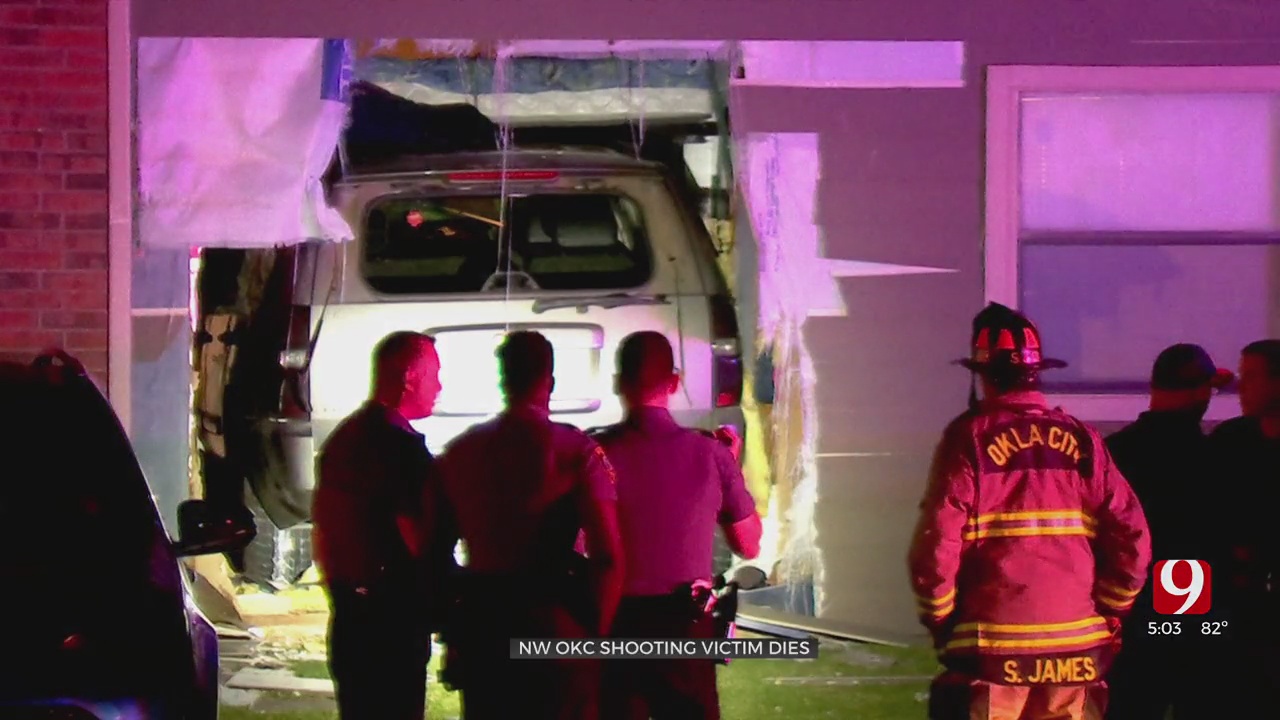 Oklahoma City police said the victim who crashed into an apartment complex after being shot in the head has died from his injuries.

According to police, just before 10 p.m., Monday, June 21, officers responded to a call that a vehicle had crashed into a building in the 12800 block of N. Stratford Dr. in northwest Oklahoma City.

When authorities arrived at the Village at Stratford Apartments they discovered the victim, identified as 23-year-old Alex Essien Brown, had been shot.

Brown was taken to a local hospital. Police said after three days he died.

No arrests have been made.

Authorities are asking anyone with information to call the Homicide Tip Line at 405-297-111.

The Oklahoma City Police Department said this is the city’s 37th homicide of 2021.