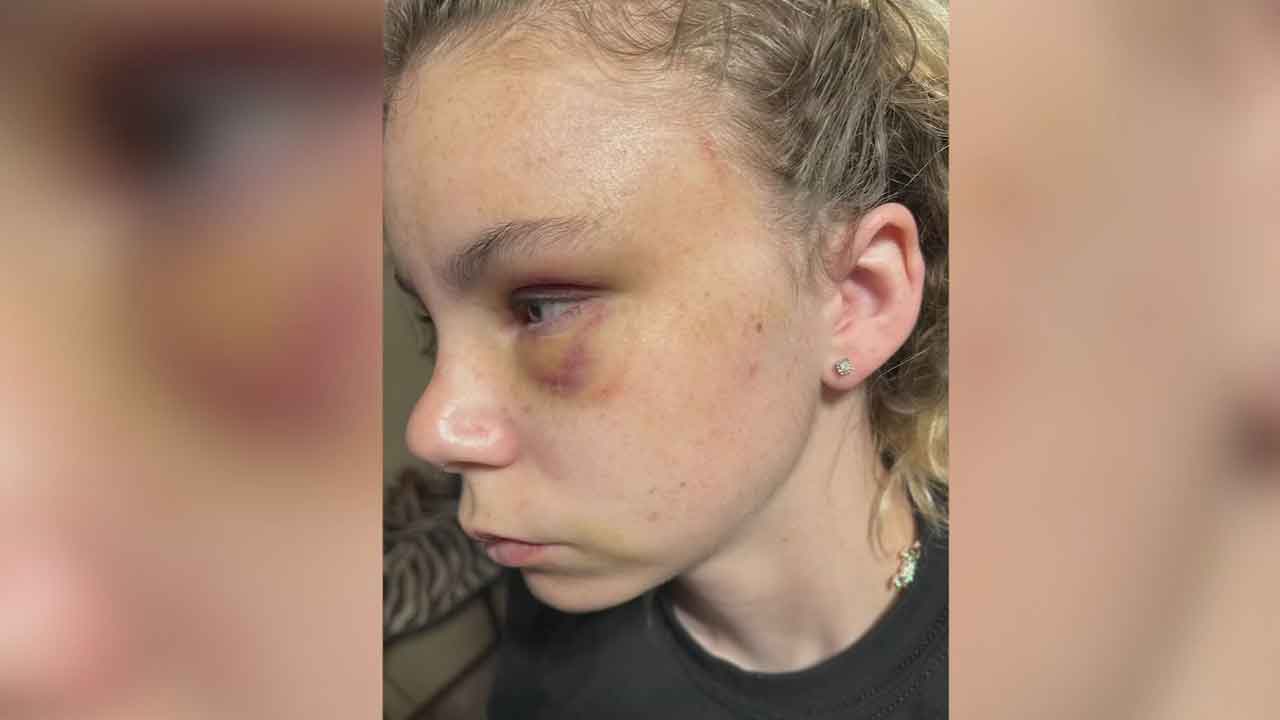 The family of a teenager with cerebral palsy is demanding criminal charges after three girls are caught on camera brutally attacking her.

The attack happened in a park on June 4 around 10:30 p.m. in the small Kiowa County town of Mountain View.

Family said Rylie Pool, 18, was finishing up her first day working as a waitress when Pool received several messages on Snapchat from peers asking her to hang out at Tolbert Park.

“She was very excited to hang out, was ecstatic (and) happy,” said Julia Stinson, Pool’s great aunt. “When she got there, they proceeded to lure her over and then the fight commenced.”

Stinson said the encounter first began with confrontation, which then led to over 70 punches to the head.

Several bystanders watched on as the attack happened, some are heard on cell phone video cheering on as the three girls took turns hitting Pool in the head.

Police didn’t have to look far to identify suspects. Two of the three girls involved are Pool’s own family.

“The people that did this to her are still allowed to roam free with no repercussions because this was planned with malice and forethought,” said Stinson. “This was not a random act. This was planned.”

Stinson said Pool was adopted into the family and diagnosed with cerebral palsy at a young age.

Physical injuries will heal, but family said, mentally recovering will be another story.

“Her spirt is what I am the most concerned about,” said Stinson. “Will that heal? Can we heal her spirit?”

Mountain View Police told News 9 all three suspects are not cooperating in their investigation.

Pool’s family is searching for legal representation, as well as advocates. The family asks anyone who may be willing to help to contact them at Justice4ryliejade@gmail.com.