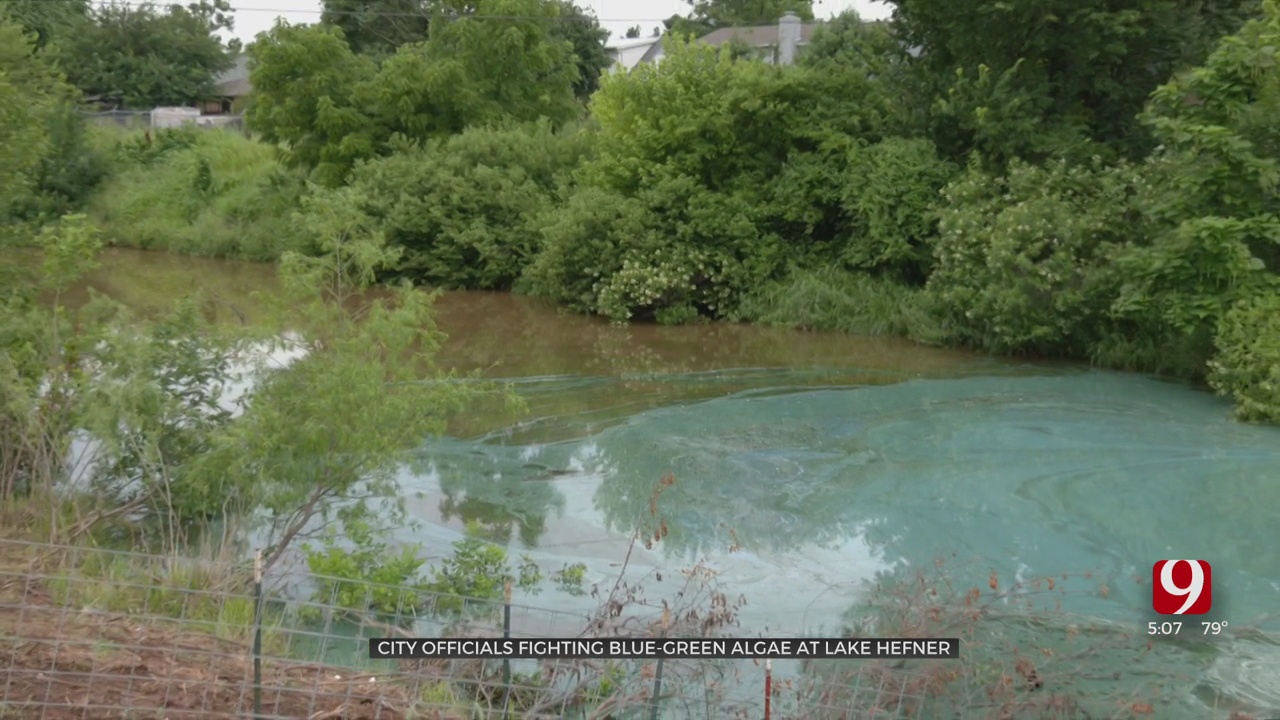 Oklahoma City officials were notified Monday morning of possible blue-green algae in Lake Hefner on the lake’s south side.

When the water was tested it came back as blue-green algae, something they haven’t seen in the lake for quite some time.

We had a big algae bloom back in 2011,” said Leigh Ann Kitsmiller, the city’s lab manager for the water quality department. ”So, 10 years ago, that is the last big one we had. We haven't seen this kind of algae in numerous years.”

City officials will have finished treating the lake by the end of the day Monday, but Kitsmiller said there is no timeline on when the blue-green algae will be all gone due to the unpredictable weather.

Until it is cleared, people should avoid contact with it. It can be harmful to people or animals.

Blue green algae is a cyanobacteria,” said Kitsmiller. “So, skin contact, bodily contact can be dangerous and if you were to drink the water directly out of the lake, so as far as letting your pets drink it."

Lake Hefner is one of the city’s seven drinking water reservoirs. Kitsmiller said people should not be concerned though. She said the water that is taken into the water treatment plants come from deep levels and it comes from the other side of the lake.

"We have systems in place at the treatment plant that eliminate and destroy toxins that can be in the water, so it isn't going to get in your drinking water,” said Kitsmiller.

Sheriff: Claremore Schools On Lockdown After Break-Ins Near Campus