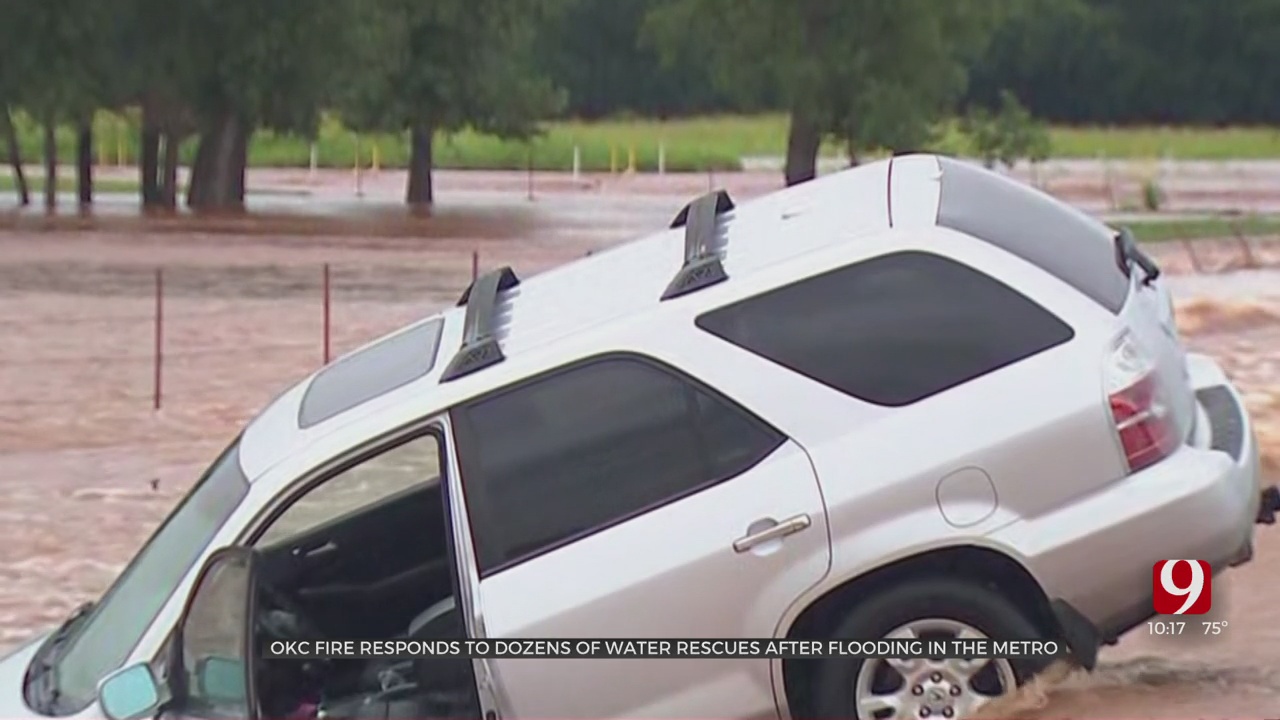 Several inches of rain caused flooding throughout the Oklahoma City metro, making it difficult for several drivers out on the road Sunday morning.

Within the last two days, the metro saw over six inches of rain as crews first began seeing flooding around 3 a.m. Sunday.

"With the ground already being saturated, it doesn't take as much rain as it ordinarily would for flooding to start to occur," Oklahoma City Fire Department shift commander David Shearer said.

The saturated ground made the morning commute difficult for many drivers.

According to OKCFD officials, they responded to 32 water rescues between 3 a.m. and 6 a.m. Sunday.

Out of the 32 rescues, 28 of those were in standing water. The other four rescues were considered swift water rescues, which can be more life-threatening.

"I think the reason we didn't see higher numbers than that because of the time being early on a Sunday morning, there just aren't many people out on the roads," Shearer said.

Several roads were closed off, including a portion of Interstate 35, Sunday morning due to the flooding.

"It can be deadly for sure," Shearer said. "Every year, there are people that drown in water incidents like this."

Fire officials also said there were no serious injuries during these water rescues.