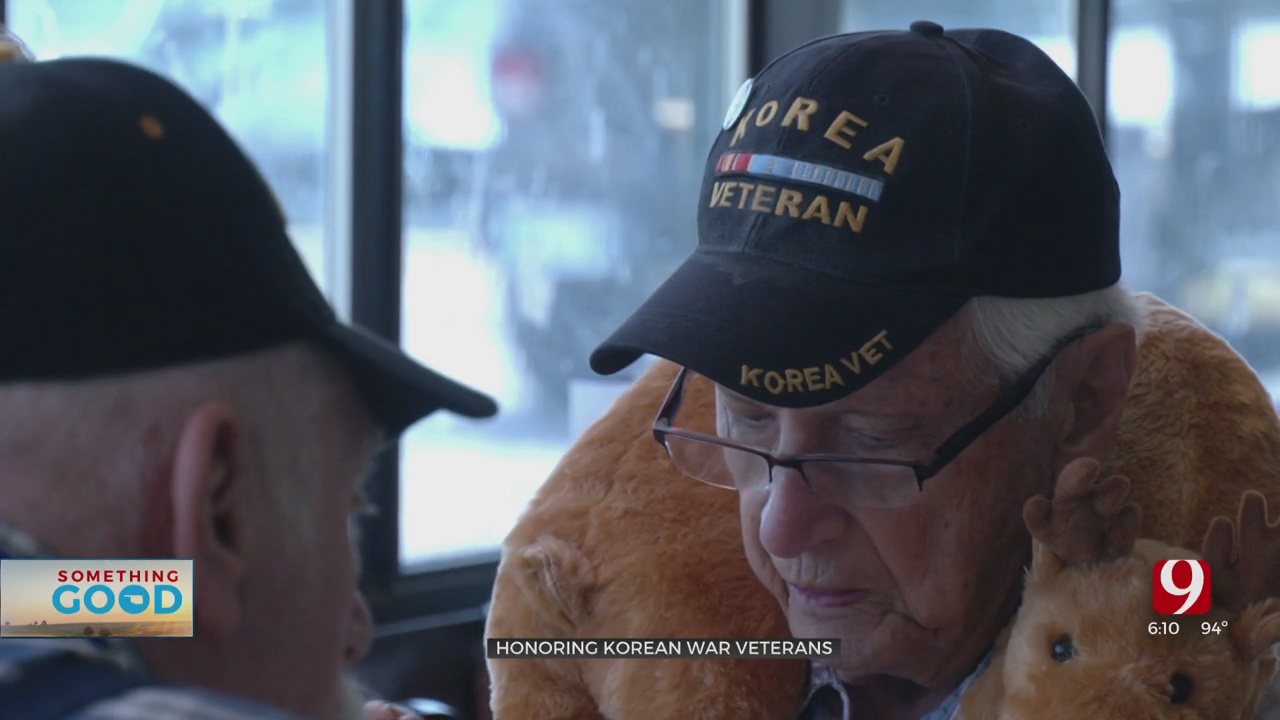 After a year apart, The Korean Association of Oklahoma is happy to see some familiar faces.

"I'm so glad, it feels like family, it's so nice," said Gena Kim, the president of the association.

Every year the association honors and thanks Oklahoma Korean War veterans for their service.

Even last year when they couldn't meet in-person, they sent care packages to the vets.

"After 71 years, and they're still every year, they give us a luncheon, they put on a program, they just do so much," said George Mills, who served in the Army during the Korean War.

"We like to show some appreciation when we have a chance to do so. The American veterans that came to defend our country, that's why we have it today, in beautiful Korea," said Kim.

The event is a chance to reflect and remember a conflict that is known as the "Forgotten War," often overshadowed by World War II and the Vietnam War.

"It's just history, and this is part of our history. We ought to remember," said Mills.

South Korea has never forgotten about the contributions of the U.S. and other allies in the war.

The Korean Association of Oklahoma and similar organizations around the world are funded by the South Korean government.

"What other country thought about us veterans after we left their country? Hey, they're gone. Korea doesn't do that," said Mills.

A guarantee that no matter how much time has passed, these heroes of the "Forgotten War" will always be remembered.