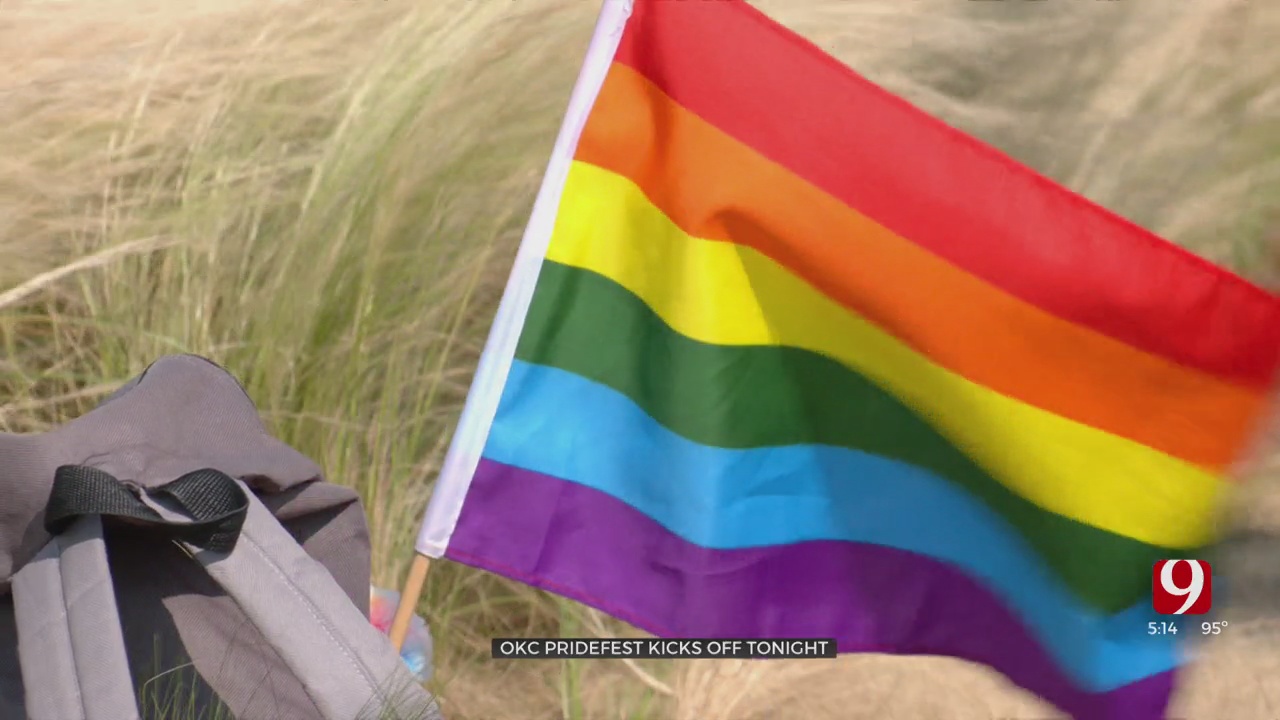 Chance said he is emotional about performing in front of his hometown Friday evening, and this concert marks a moment of public acceptance of the queer community in Oklahoma City.

OKC PrideFest is the first pride weekend in the city’s history to be hosted in one of the City’s main public parks.

“What is so monumental to me about this show is that, ya know, growing up here, I know and understand that we didn’t have things like this when I was a kid,” he said.

Chance become a viral sensation in grade school after singing Lady Gaga’s "Paparazzi" in front of his school. The YouTube video has over 69 million views.

“It’s going to be a fun concert,” Chance said.

He’s on a mission to inspire compassion and openness.

“I can’t wait for people to leave this and to go home and say, 'OK, that’s what it is like to fall under that flag. That’s what those colors mean,'” he said.

Flying a rainbow flag to a Pride weekend event can mean finding one of few the places of acceptance.

When coming out and living with pride is a challenging task, events like OKC PrideFest are a special moment in the experience of LGBTQ+ people.

“I don’t feel like I’m ever going to forget my first Pride, I feel like I’m going to remember it for the rest of my life. But, it’s going to be emotional, but I hope that I can take home a bunch of memories,” said Aydin Goens, who is attending a Pride weekend for the first time.

Dr. Shauna Lawlis directs the Roy G Biv program at OU Children’s Center. She said broad public acceptance of LGBTQ people is contributing to an increase in referrals to her clinic.

“Since I started here in 2017, I’ve seen huge increases in referrals for gender concerns,” she said.

She said public events that affirm LGBTQ people like Pride help people come out to their families and communities.

“I think it makes it more ok for them to come out, and gives them a reference for them to point out to their parents, look, there are other people like me, it’s not just me,” she said.

You can catch Greyson Chance at 9 p.m. Friday at Scissortail Park at 9 p.m. The concert is free.

About 70,000 people are expected to attend Pride weekend events.

This final weekend of OKC PrideFest events caps off a month of Pride celebrations across the city.