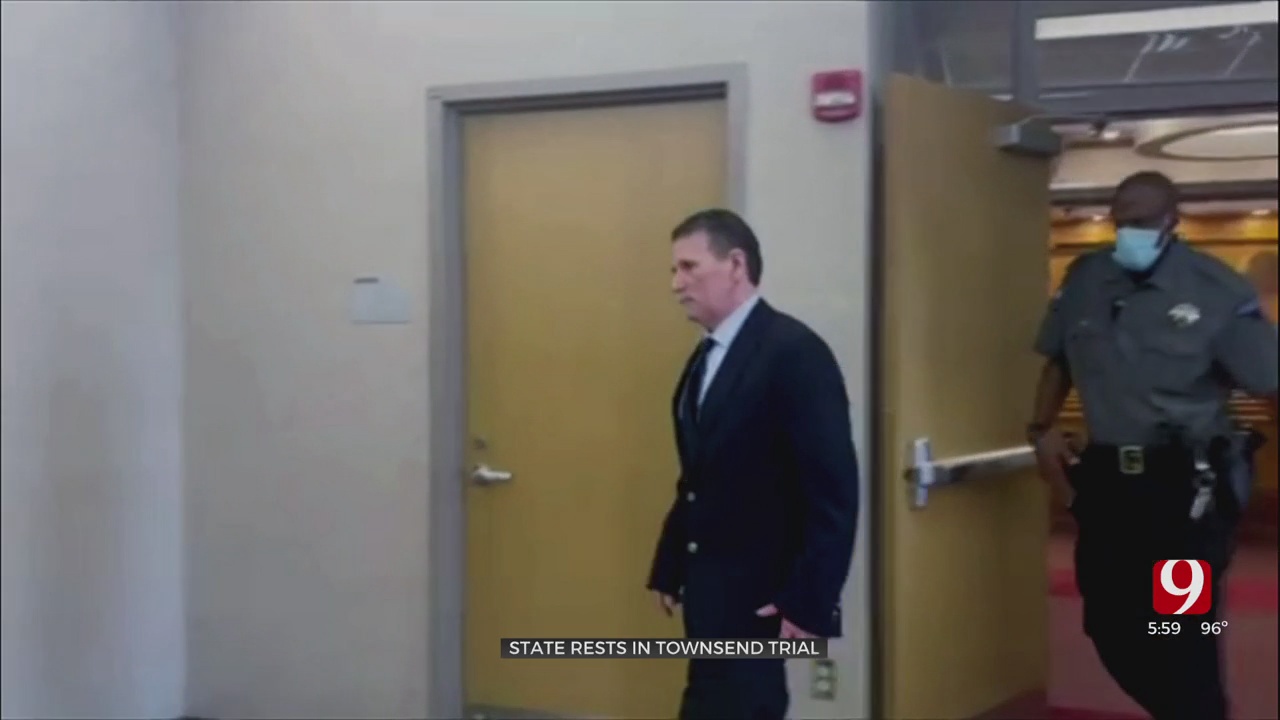 After a week of testimony, the state and defense have rested their case in the trial of Max Townsend.

Townsend is accused of hitting a group of Moore High School cross country runners on February 3, 2020. The crash killed three students and injured multiple others. He is facing 10 charges.

The state also played multiple calls from the jail Townsend was held at, where he spoke with multiple people about the incident.

In one call, Townsend said he was behind the wheel, but it wasn’t him, alluding to Satan taking over his body.

Townsend was also recorded saying the accident was caused by grief, as his son died the day before the accident.

The state called a total of 35 witnesses, the defense called two.

One of the defense’s witnesses, a forensic toxicologist, said it was his opinion the crash could have been caused by a medical incident. Townsend previously claimed he choked on a Red Bull and passed out at the wheel. He also questioned law enforcement’s testing of Townsend’s blood alcohol level.

The state responded by questioning why Townsend never mentioned the alleged possession by the devil or death of his son to the toxicologist.

While the toxicologist did not recant his statement, he did say he wished he knew that information before.

The defense also called on Townsend’s sister. She addressed a conversation she had with Townsend before the accident.

The state countered her testimony, saying the sister’s story was vastly different than what she had told officers in previous interviews.

The trial will resume Friday with closing arguments.