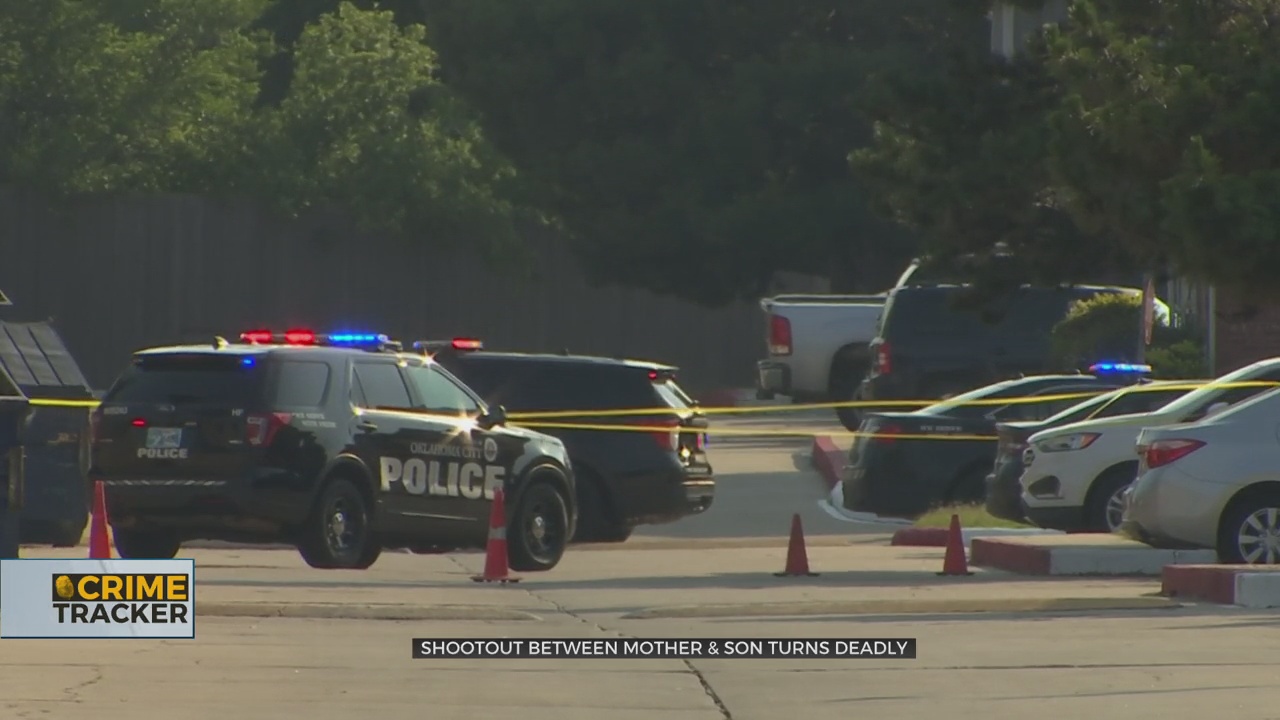 A deadly shooting on Wednesday in northwest Oklahoma City was between a mother and her teenage son, according to police.

The gun battle between Henderson and her son started outside resident Michael Purvis' apartment. Other residents called police to the complex near Rockwell Avenue and Northwest Expressway.

“I only heard a few shots,” Purvis said. “By the time I looked out the window, there were already police on the scene.”

Purvis said the woman was left bleeding and in critical condition on the sidewalk while her son was rushed to a local hospital.

Purvis later found more evidence of the gun fight on his car.

“(My) car got hit,” said Purvis. “A bullet was flying off and hit the side of the car.”

Officers on scene learned the mother and son were in an altercation but were not sure what started the fight. They do know both were armed and shot multiple times.

“The investigators located two guns on scene,” said Sgt. Dillon Quirk, Oklahoma City Police Department. “Both of these individuals were transported to a local hospital. The son died from his injuries. The mother is still listed in critical condition.”

Police said it was still too early in the investigation to determine if Henderson could face charges for her son's death.

“Ultimately, it will be up to the DA to decide once homicide presents the investigation to them,” said Quirk.

Apartment residents were thankful no one else was caught in the crossfire.

“Hopefully, nothing like this will happen again,” said Purvis.

A relative of the teenager told News 9 they were trying to get him help for mental health issues before the shooting.