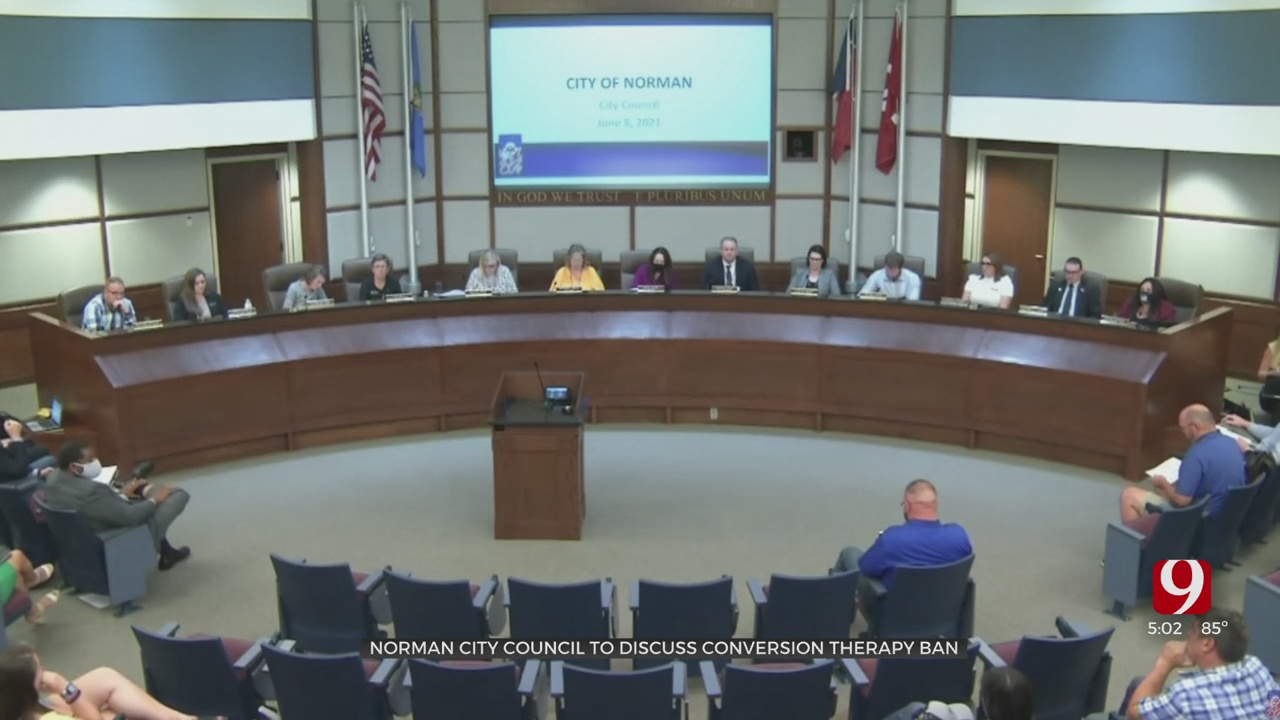 Norman City Council will consider an ordinance that would ban any medical professional from performing conversion therapy on a minor.

The practice attempts to change a person's sexual orientation or gender identity.

According to a city council staff report, the original ordinance proposed would have prohibited the use of city funds for those providing conversion therapy to minors. But some city council members wanted more.

"History has its eyes on us," PFLAG Norman President Michael Robertson said. "Norman again has the opportunity to be on the right side of history, to be a safe haven of hope and love."

Back in May the city council listened to a presentation from LGBTQ+ advocates.

"This is just a very small list of some of the organizations that have denounced the practice of conversion therapy, " President of Norman Pride Nathaniel Smith said.

Smith and others spoke about the presence of conversion therapy in the city.

"We conducted some research of local mental health providers in Norman, and 6 out of 10 practice or condone the use of conversion therapy," Smith said.

After hearing this presentation, the original ordinance was revised to an all-out ban.

"This is an ordinance that would prohibit medical providers from practicing conversion therapy on minors," the city's Chief Diversity and Equity Officer Cinthya Allen said.

Religious entities and pastoral counseling would not fall under the ordinance.

Conversion therapy has been a topic of discussion at the state level for years.

News 9 did attempt to reach out to some religious leaders, some of which have spoken out in support of similar practices. We did not hear back in time for this story.

If the ordinance is approved, anyone who violates it, could face a fine up to $750 or be sent to jail for 60 days.

The ordinance is on the agenda for the June 22 council meeting, but just as a first reading.