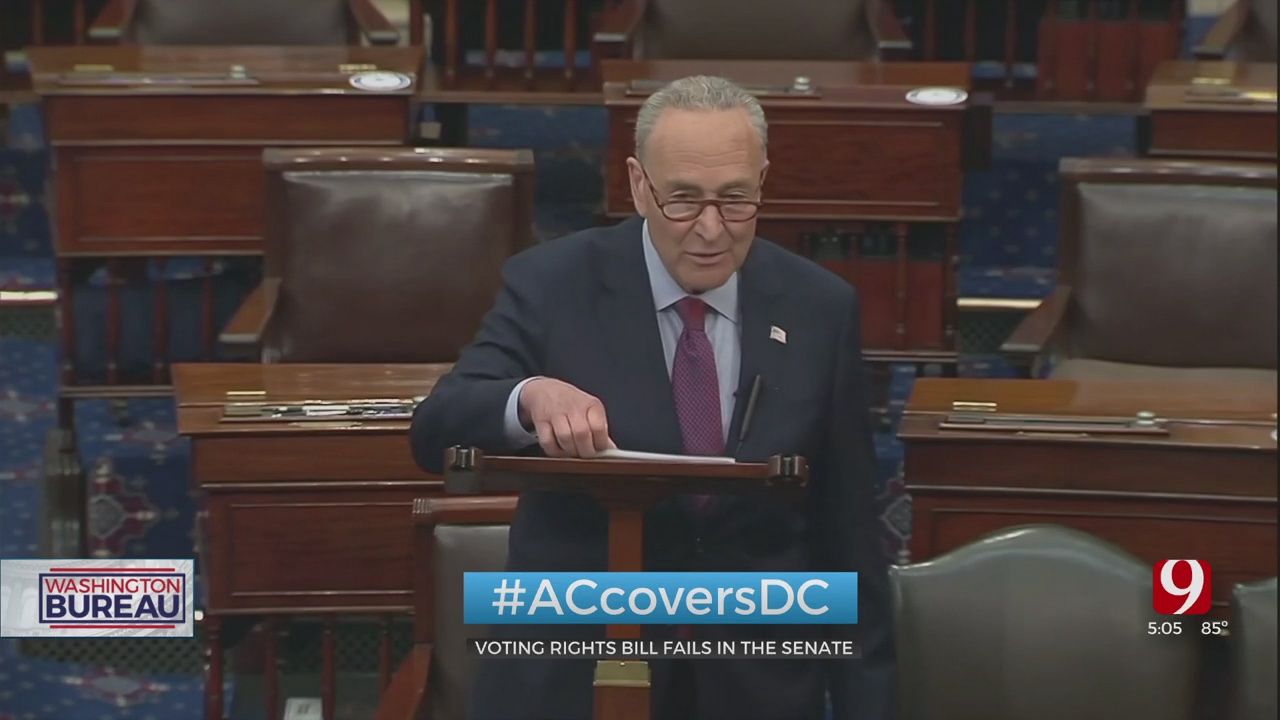 Republicans in the United States Senate — including both Senators from Oklahoma — unanimously voted to prevent the Democrats’ sweeping, but controversial voting rights bill from moving to consideration on the Senate floor Tuesday evening, arguing it would have amounted to a massive federal takeover of elections.

Democratic leaders knew they would fail to get the 60 votes needed to overcome a Republican filibuster and allow debate on S.1, the For the People Act, but were determined to get GOP Senators on the record opposing a measure that supporters believe is needed to counter an organized attack by conservative legislatures on the ability of many underprivileged Americans to cast votes.

Senate Majority Leader Chuck Schumer, (D) NY, said what's been happening at GOP-controlled statehouses across the country, in the wake of Donald Trump's defeat in November, is "the most sweeping voter suppression in eighty years."

He likened the position espoused by Minority Leader Mitch McConnell -- that it is not the Senate's place to tell states how to run their elections -- to "the language and the logic of the southern Senators in the 60s who defended states' rights, and it is an indefensible position," Schumer said immediately following the 50-50 vote.

"This vote, I'm ashamed to say is further evidence that voter suppression has become part of the official platform of the Republican party," Schumer continued.

If enacted, the For the People Act, among other things, would have required: states automatically register eligible citizens to vote, guarantee no excuse mail-in voting, loosen ID requirements, and expand early voting to two weeks. Some of these measures are already the law in certain states. It would have applied to federal elections only.

West Virginia Democratic Senator Joe Manchin voted to allow debate Tuesday, but only after expressing initial opposition and then offering a compromise bill that did away with some of the items he and Republicans claimed to dislike.

Several Democrats expressed support for Manchin's proposal, including former President Barack Obama and voting rights activist Stacy Abrams, but no Republicans in the Senate showed a willingness to compromise.

"Whatever label Democrats slap on the bill; the substance remains the same. It's always been a plan to rewrite the ground rules of American politics," Sen. McConnell, (R) KY said.

President Biden urged passage of the legislation, which passed the House with no GOP support back in March. In the Senate, however, a simple majority isn't enough, which Republican leaders said is how the Founder Fathers intended it.

"Today, the Senate is going to fulfill its founding purpose to stop the partisan power grab and reject S.1," McConnell said prior to the vote.

With the defeat of the bill, more progressive Democrats are now likely to push even harder for doing away with the filibuster and thus opening the door to passage by simple majority.

Rep. McCarthy Fails To Get Number Of Votes For House Speaker