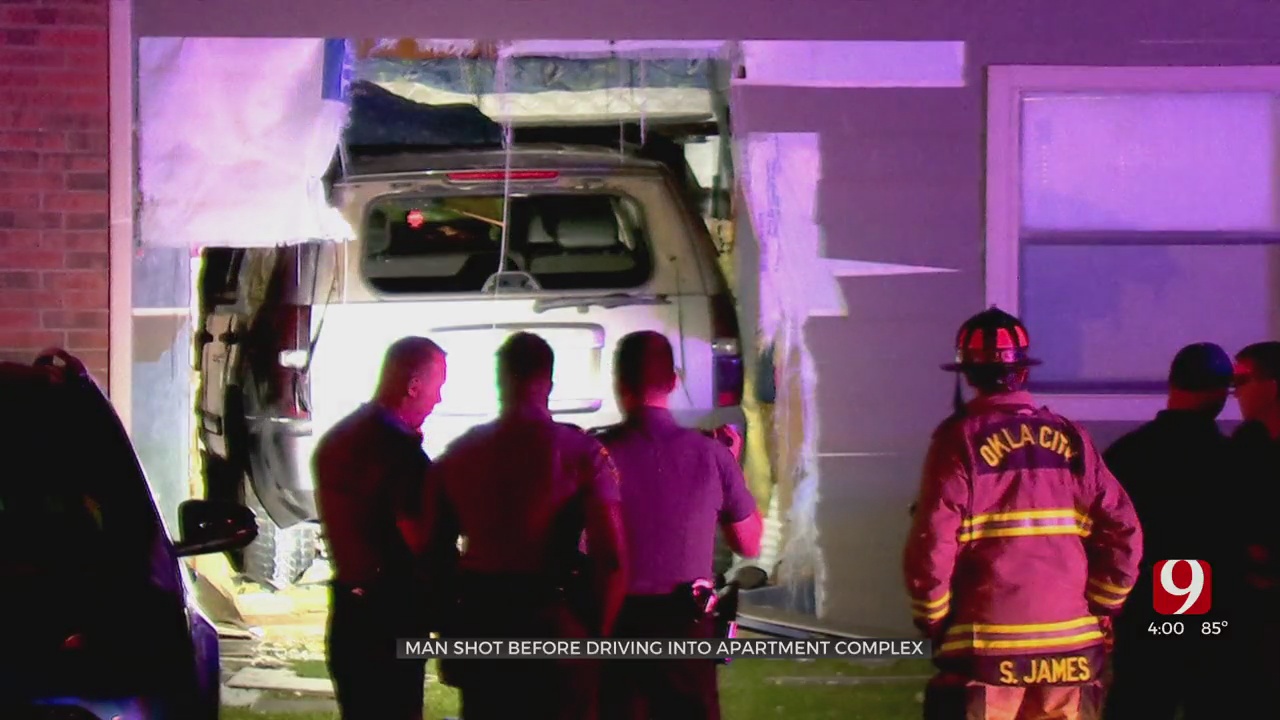 A man is in critical condition after being shot, then crashing his car into an apartment complex Monday night near Northwest 122nd Street and Penn in Oklahoma City.

"I was asleep, and my boyfriend heard gunshots," resident Taylor Lange said. "He came outside and there was a car in the building."

Oklahoma City police said they were first alerted around 10 p.m. that a car had hit a building in the Village at Stratford Apartments.

"They found this vehicle buried so deeply into this apartment that they could not get in to check the driver," Oklahoma City police MSgt. Gary Knight said.

Dallas Blair lives just above where the crash happened. He said it shook the building so violently, it knocked his wife to the ground.

"I jumped because I knew it was a vehicle that struck the building," Blair said. "I came downstairs peeked around the corner."

Blair quickly checked to see if anyone was inside the complex and saw there were two young girls. Both were unharmed, but their family said they were just in the next room from where the car hit.

Crews on scene had to knock out another piece of the wall to get to the driver.

"They were able to get the driver out of the vehicle," Knight said. "They noticed he was covered in blood, he ended up having a gunshot wound to his face."

Police are still unsure what led up to the shooting and who shot the victim. He was transported to OU Medical in critical condition.

"It was very traumatic," Blair said. "We didn't go to sleep until probably 2 or 3 in the morning."

Residents of the unit that was hit said they had to sleep in their car overnight, because there was so much damage to their building.

"Thankfully, there was nobody in that bedroom that got run over,' Knight said.

Police said they're still searching for the shooter. Anyone with information is encouraged to call crime stoppers at, 405-235-7300.