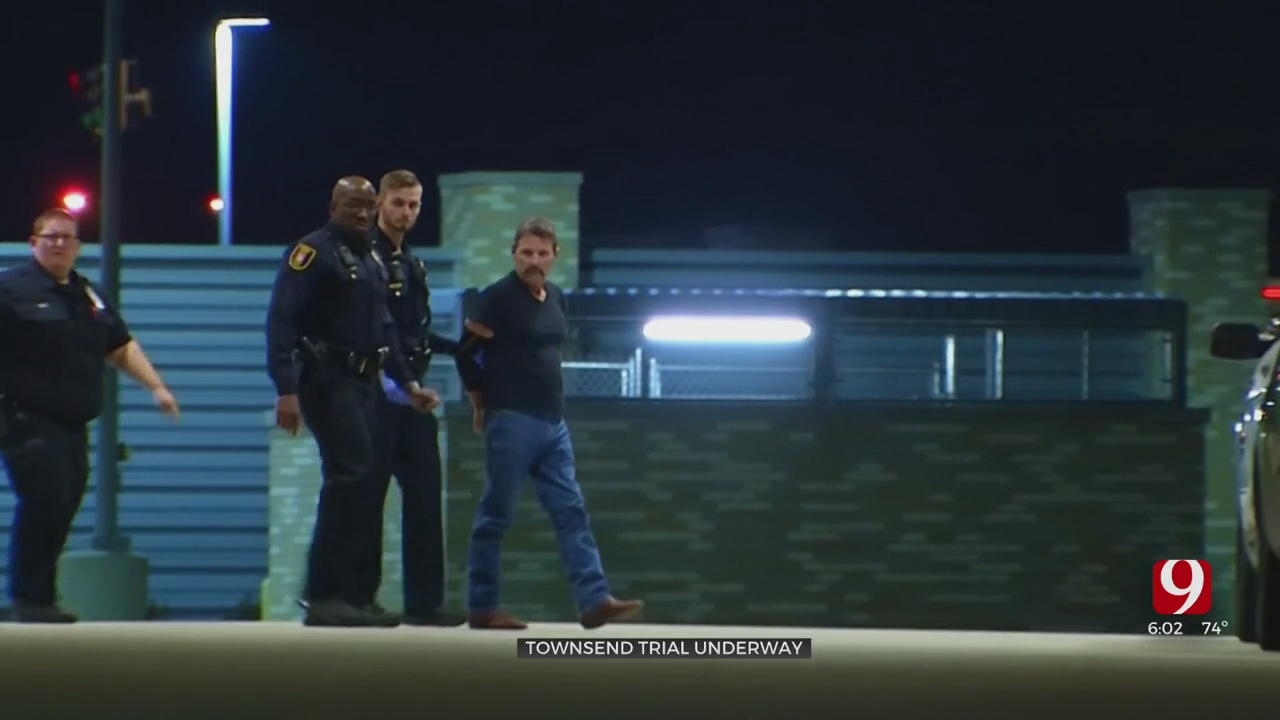 The trial for the man accused of striking a group of Moore High School cross country runners wrapped its fourth day of testimony Monday.

Max Townsend is facing 10 charges, including three second-degree murder charges after allegedly plowing through the runners, killing three, at nearly 80 miles per hour.

The state presented surveillance video from homes in the area Monday. It showed Townsend's truck speeding through the neighborhood.

Prosecutors also called one of the two teens to the stand who stopped Townsend after they said they witnessed Townsend fly past them in his truck.

Once the truck went by them, Evan Biedermann said he saw it slam into a Volkswagen before it rolled to a stop.

Biedermann told the court that him and a friend ran up to the truck. At that point, he testified that Townsend was trying to start the car again, but the engine wouldn't turn over.

He noted Townsend was alert and conscious when talking with them from the front seat of the vehicle.

The defense, however, responded to the testimony, saying that they never saw Townsend when he was driving to know what was going on in the cab of the truck.

Several other witnesses also took the stand Monday, including a Moore police officer and a friend of victim Rachel Freeman.

Both tried to give Freeman CPR but said she had already died.

Court will resume Tuesday morning with the state calling their 25th witness. The state is expected to rest on Wednesday.