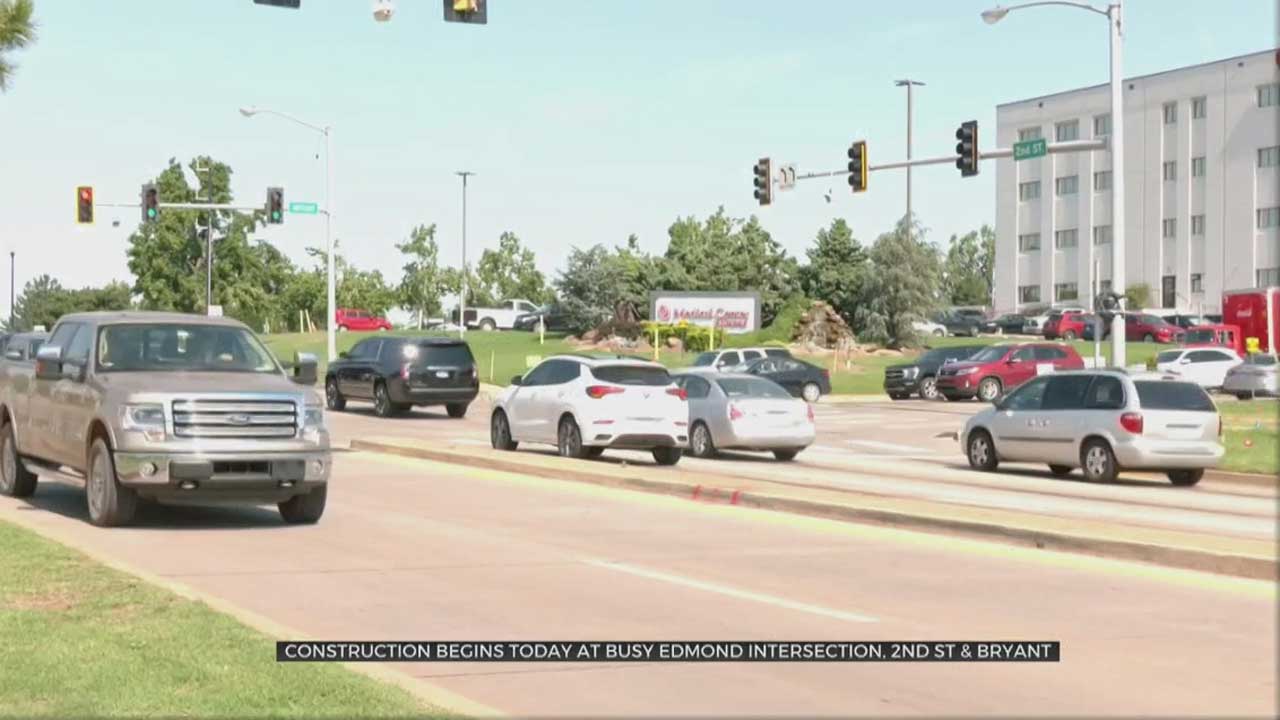 The City of Edmond starts construction on one of the busiest intersections in town.

According to the newest city survey, 2nd Street and Bryant is the number one intersection of concern for Edmond drivers. It's also the busiest.

That why crews will spend the next 12 months widening the intersection to help with the large amounts of traffic going through it.

The goal of the project is to add two left turn lanes in each direction, and a right turn lane.

That means for the next year drivers can expect lane closures on both Bryant and 2nd Street in all directions.

This intersection isn't far from the University of Central Oklahoma. There's also a hospital, a gas station, and lots of restaurants and stores on the corner that the city is asking everyone not to forget about during construction.

"If you're just going to be driving through the area, find an alternate route. But we still want to encourage people to make sure and go visit those businesses," said Casey Moore from the City of Edmond.

Good alternative routes include Boulevard or Coltrane east and west, or 15th or Danforth north and south.

The good news is all lanes will be open for the upcoming Fourth of July weekend.