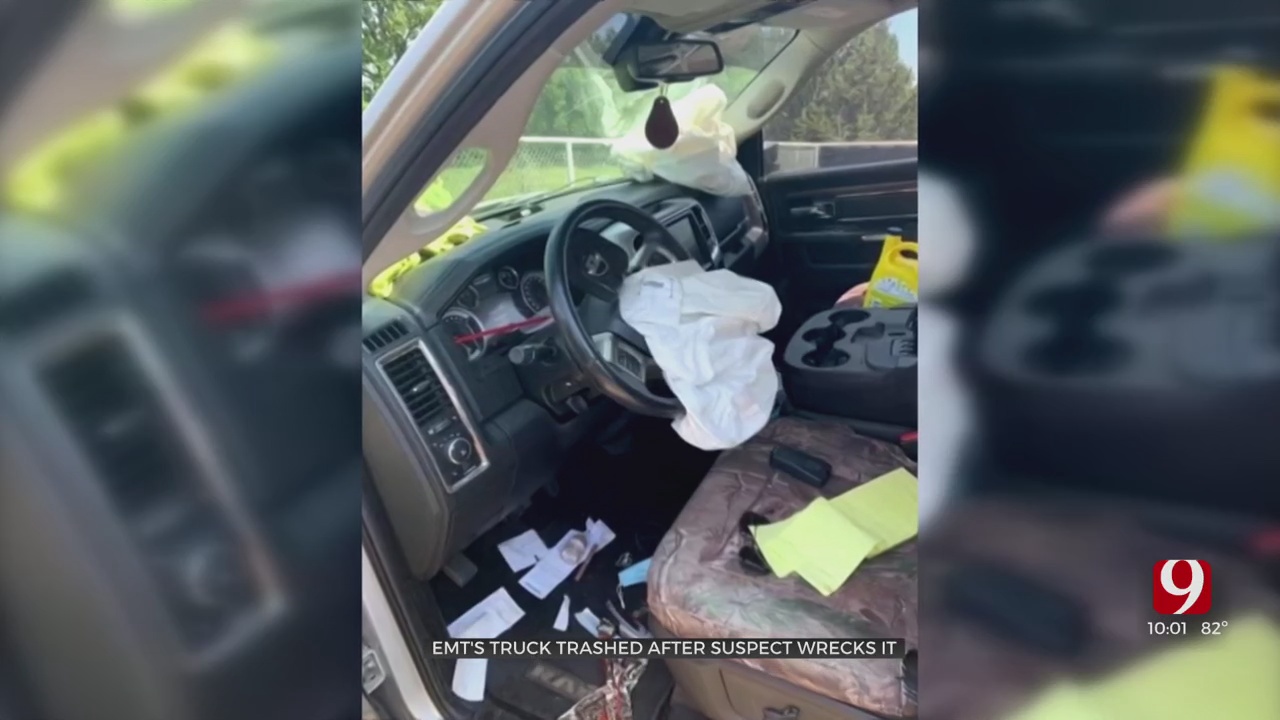 A Stillwater EMT is now searching for an important family heirloom after car thieves trashed his truck.

Cody Richison returned from a 911 call for service to find his truck was missing early Friday morning.

“I was getting ready to go home for Father’s Day weekend, so I had all my clothes in there,” Richison said. “They had gone through my truck and thrown all my clothes out. A lot of personal belongings and an iPad.”

One item in particular cannot be replaced.

“The thing that is the most important to me that was in there was a Bible that my grandmother had given to me,” Richison said. “She gave it to me right before she passed away, and it’s really something that I can’t ever replace.”

Richison is asking for help to locate the Bible. There is no record of where the suspects drove to while they had the truck, he said.

“We’ve been up and down the roads all morning driving around looking for it, but no luck so far,” Richison said.

Deputies later found Tyler Flint in a different stolen car with a stolen gun. He is facing multiple complaints, including theft, endangerment and possessing a firearm while committing a felony.

According to deputies, Brittney Nicole Flint escaped from an ambulance that transported her from the scene and was on the run for several hours Friday. She was later arrested for possession of a controlled substance and obstructing an officer.

Meanwhile, Richison is making due.

“I’m a senior at OSU, studying agricultural education. That truck was kind of my lifeline to get from home to work to school,” Richison said. “I work full time, and I also go to school full time.”

“It’s a Thompson Chain Bible. Its brown. It has gold trim around the edge, and my name in the lower right-hand corner.”

If you have any information on where the Bible is, email Richison at cody.richison@okstate.edu.