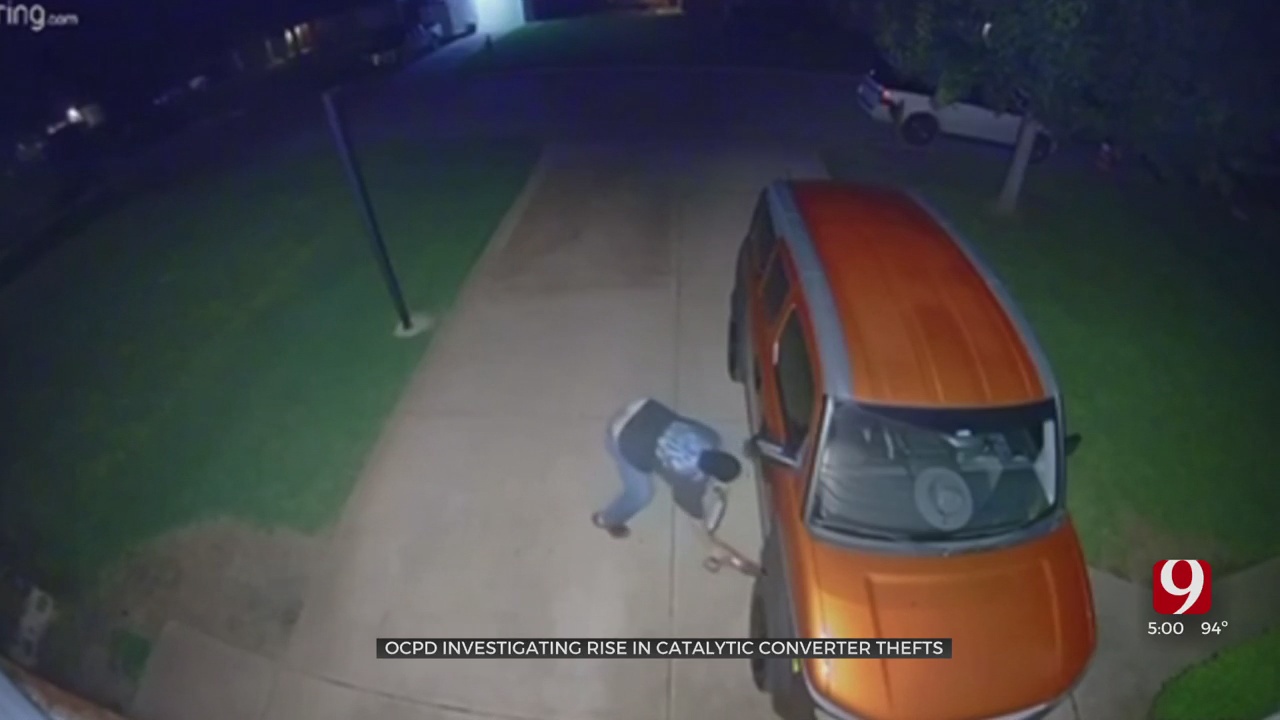 Thieves across the metro have zeroed in on catalytic converters. Officers said the thefts can happen anywhere from a parking lot at a grocery store to your own driveway.

A Ring doorbell alert woke a woman who does not want be named early Wednesday morning.

She said that's when checked her cameras. She found someone under the hood of her car in her driveway.

“That's a little frustrating,” the woman said. “I mean, we work hard and my husband knew exactly when I looked at the camera and I said, 'There's somebody underneath your car.’ He immediately said, ‘They're stealing my catalytic converter.’”

By the time they made it to the door, the thief was driving down the street. Oklahoma City police said this case is not an isolated incident.

“They've got a type of metal in it that has become more easy for people to go to recyclers and get cash, so the value of that is what's driving these thefts,” OCPD Master Sgt. Gary Knight said.

“When a converter has been removed you often end up with check engine lights, not just loud exhaust, but some other issues can happen as well,” Wane said.

Wane said many people have to get theirs replaced. Not only that, Wane said they're also hard to track down because there aren’t any serial numbers.

“I would rather make money not off the misfortune of somebody else. Unfortunately, this is the world we live in,” Wane said.

“He and my daughter use it to mow lawns to pick up extra work, so she learns to save. Now, she's learned the lesson of when people take from you after you've worked hard,” the woman said.

The woman said she did file a police report. Repairs are going to cost her approximately $1,000.