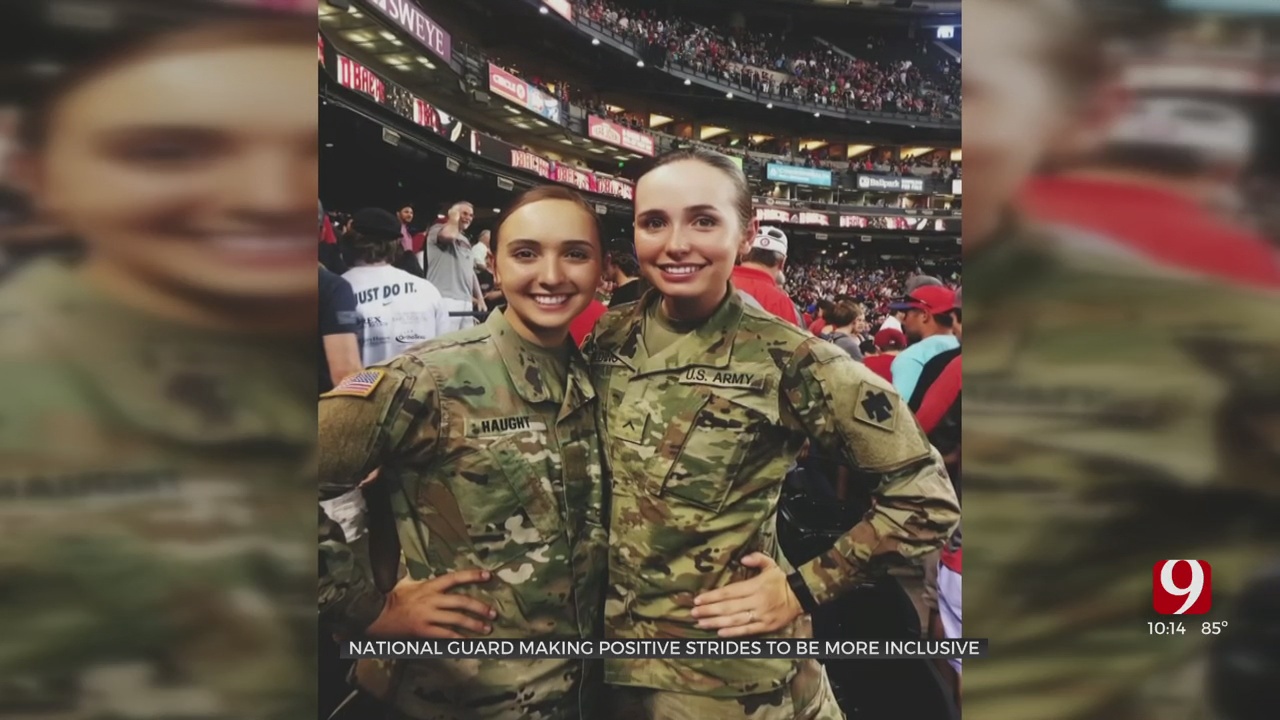 Open and welcoming to all, the Oklahoma National Guard is highlighting a diverse force this Pride Month.

At 18 Jaclyn Gaulding joined the National Guard but it wasn’t until she met her mentor that she decided to come out.

She said it was a dream years in the making.

“My stepdad he is still serving in the Navy Reserves, and he has always been such a positive influence in my life, and I just wanted to be just like him when I grew up, so that’s why I decided to join,” said the Gaulding, intelligence analyst SPC.

Fresh out of high school she chased her dream of being in the National Guard but still worried about people not accepting her as a gay woman in the Guard.

“Don’t ask don’t tell, I just won’t tell anybody it will be fine,” she said.

Until one day at basic training where a conversation with her drill sergeant changed everything.

Looking back, she said seeing a proud gay woman in that role was empowering as a closeted 18-year-old.

“From that I decided that I was going to be out and proud and since then I have had a great experience,” Gaulding said.

Five years later, she sees the progress the National Guard is making to be more inclusive.

“It’s been 10 years since don’t ask don’t tell has been appealed, since then I think the military as a whole, especially the National Guard, has made giant leaps in progress focusing on diversity and being inclusive to people of all different backgrounds,” Gaulding said.

She hopes to be a mentor for other young LGBTQ people who are nervous about joining the Guard.