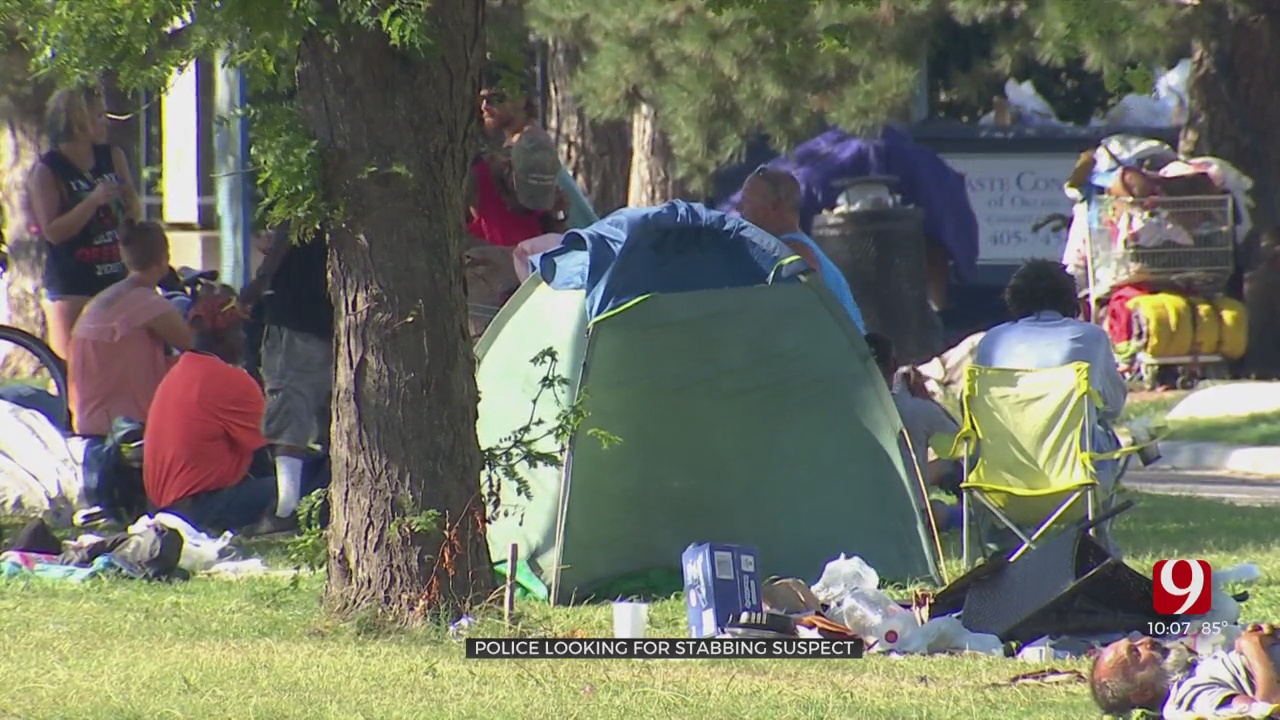 Police are searching for a man they said is known to prey on people experiencing homelessness after one homeless man was stabbed several times.

According to police, the attack happened June 11 at the Homeless Alliance Day Shelter Friday.

Police are searching for Marshall Williams. They believe he is a transient and could be anywhere in the metro.

“It was in the afternoon of June 11 that officers responded to the Homeless Alliance in reference to an assault,” said Oklahoma City Police Sgt. Dillon Quirk.

A blood trail led police to the victim.

“They located our victim who had a significant injury which matched these cuts,” said Quirk.

According to police, Williams went to the shelter and confronted a man telling him " If I can't be in a relationship with you no one can."

Seconds later the victim said Williams pulled out a knife and started stabbing him in the face.

“About 27% of the population self-reported they had been tricked or forced to do something they did not want to do,” said Dan Straughan, the Homeless Alliance executive director.

According to the police report, Williams was arrested in 2015 and was accused of luring a man from another metro shelter and raping him.

“If you’re a person experiencing homelessness you can be tempted by offers of housing or food or that kind of stuff,” said Straughan.

While Williams maintained his innocence in the case and was not convicted, records show he does have an extensive criminal history that includes drug possession, multiple assault with a deadly weapon charges, and eluding police.