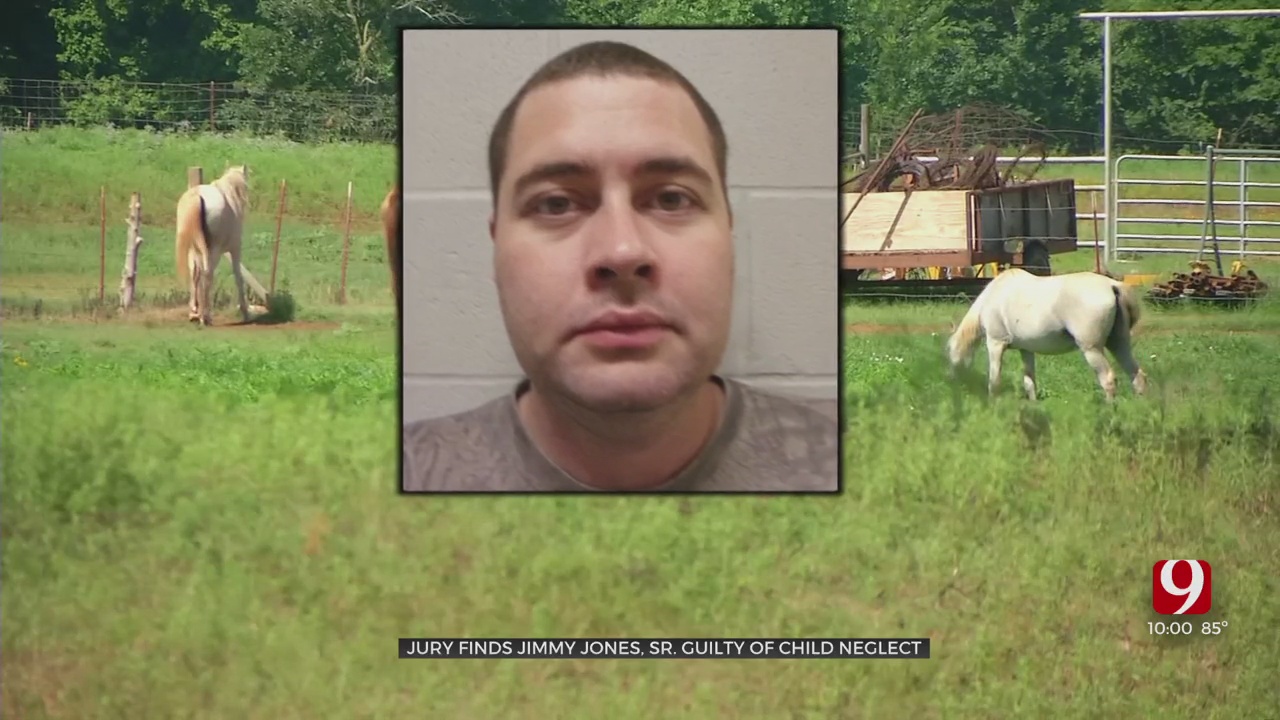 A jury found a Lincoln County father guilty of a horrific case of child neglect.

Prosecutors said Jimmy Lee Jones Sr. beat and starved his son who was found living in a barn.

"This boy was robbed of his childhood," the doctor that treated the malnourished 15-year-old said.

After four hours the jury came back with the guilty verdict.

"At the time he was just a few days from death's door because he was so malnourished," said District Attorney Allan Grubb.

The teen was just 82 pounds, he had a long scar on the top of his head, buckshot in his legs and injuries spanning his body, that was caked in filth when investigators found the defendant's son just under three years ago.

"It's a parent's job to take care of their children in this state and when they neglect a child and let a gunshot wound fester, or head wound fester or starve a child, they need to be held accountable," said Grubb.

"He [Jimmy Jones Sr.] and his wife are Wickens. From what I understand it's a natural based, nature-based religion and they used those to try to treat this child," Jones' attorney, Michael Amend said. "I struggle with this one to be honest. That kid testifying yesterday just broke my heart."

The defense called one witness Thursday. She was an ex-girlfriend of the victim's stepbrother who lived with the family from March to the end of May in 2018. She said she never saw signs of abuse, and that the teen refused to bathe. She also testified he ate more than anyone she's ever seen with a dozen quail eggs as a breakfast staple.

"She was able to say, no he sat at the table, he ate his meals and Amy Jones cooked those meals for him," said Amend.

The teen spent almost 40 days at OU Children's hospital after being taken from the barn. While he was there, he gained over 15 pounds, grew an inch, started to hit puberty, and his IQ also improved.

"It takes food, protein for the brain to work correctly," said Grubb.

"I'm just happy that he is safe. That he is in a good home. That he is thriving. He's going to graduate high school, how about that," said Amend.

The jury returned with a recommended sentence of six years, less than what Jones' attorney recommended for the crime during his closing arguments.

He suggested a 20-year sentence, the maximum sentence he could have faced was life in prison.