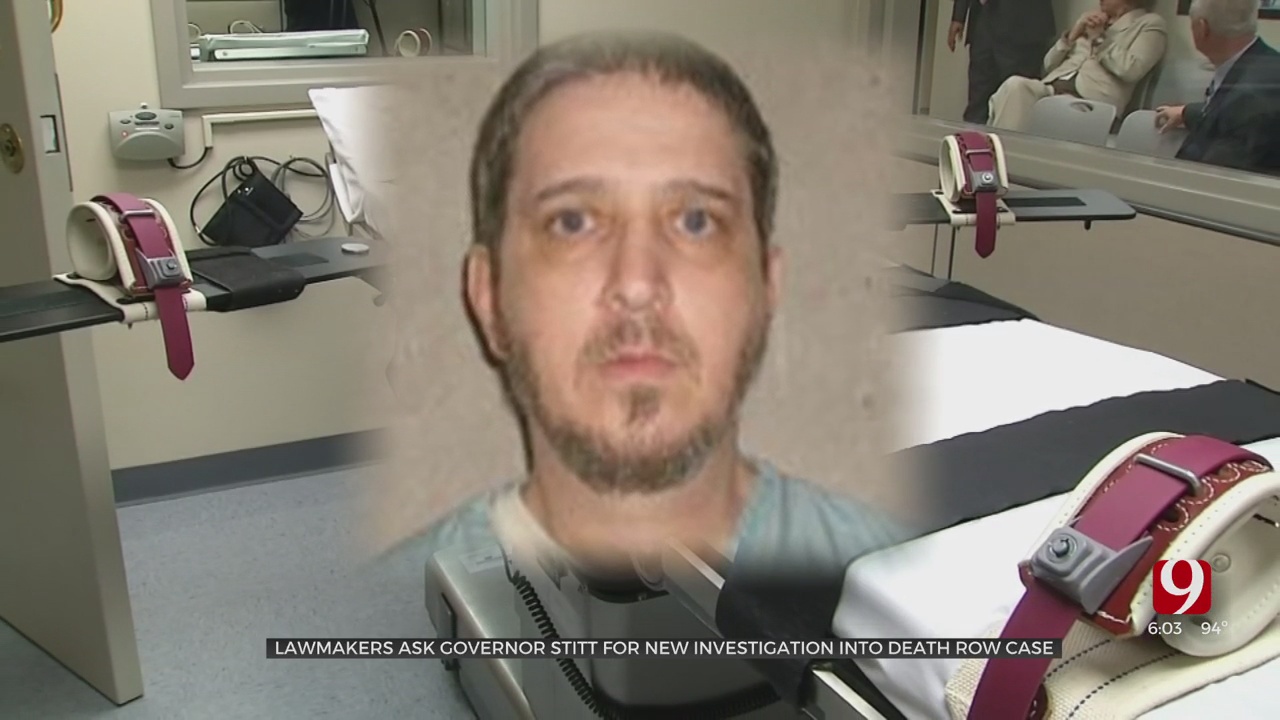 A group of lawmakers are asking Gov. Kevin Stitt and the state pardon and parole board for an independent investigation into the 1997 murder that sent Richard Glossip to death row.

The letter signed by a bipartisan group of 34 lawmakers was sent after 16 of those lawmakers visited the state’s death row in McAlester.

“There is nothing to gain when you get involved in something like this,” Rep. Kevin McDugle, R-Broken Arrow said. “The only reason I’m here is because I do believe personally that we have an innocent man on death row.”

Glossip was seconds away from receiving a lethal injection in 2015 when the execution was called off due to a drug mix up. He is accused of ordering the 1997 beating death of Barry Van Treese. The man who admitted to killing the motel owner is serving life in prison.

“Justin Sneed, the guy who would’ve gotten death row pointed a finger at Richard and said Richard is the one who coordinated this,” McDugle said. “And what did he get out of it? He no longer gets death row. He gets life in prison while Richard Glossip is on death row.”

At a press conference Wednesday, attorneys for Glossip said there is new evidence that exonerates him.

“It is concerning to me that the legislators who have signed the letter to the governor and the pardon and parole board, many of whom are attorneys, have never attempted to contact me about the Glossip case. They have made no inquiry about any of the claims made by the killer’s lawyers or supporters,” Prater wrote.

A spokesman for the attorney general said in a statement, “Glossip had his day in court. Two juries of his peers have spoken.”

Glossip’s request for clemency was denied by the pardon and parole board in 2014.

“The board, because of the long delay that has taken place, has said that they will hear clemency once again for Richard Glossip. So there is a clemency hearing that is going to take place,” Attorney Don Knight said.

The board’s Executive Director Tom Bates said he has extended no such offer to rehear a clemency request.

“I have not had any conversation with his council about this issue. We are in some uncharted water,” Bates said.

News 9 reported in March 2020, all inmates who are given an execution date, including Glossip, will be entitled to a clemency hearing in front of the pardon and parole board.

Knight said executions could resume in Oklahoma as early as August. He said Glossip remains optimistic he will have a chance at another appeal.

The governor’s office said Wednesday afternoon they had not yet received the lawmakers’ letter.