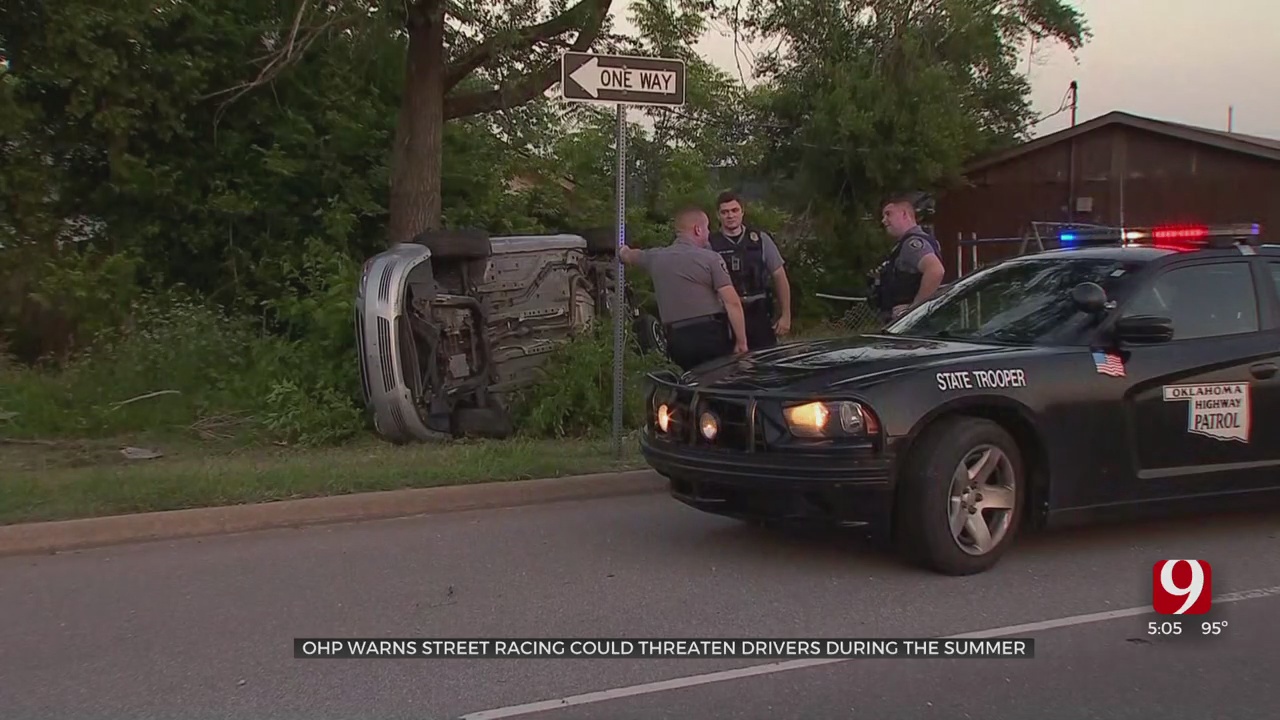 A scary situation occurred on Interstate 44 this weekend when a driver was forced off the road by alleged street racers.

It happened around 8 p.m. Saturday, when troopers were alerted of three vehicles racing on the interstate.

"In and out of traffic at a high rate of speed for everybody involved," Eric Foster with Oklahoma Highway Patrol said. "That was the 911 calls that we got."

According to reports, one of those vehicles eventually clipped another driver who wasn't involved.

"When they made contact, they departed the interstate and rolled into a residential area," Foster said.

That vehicle ended up in the backyard of a home near Southwest 41st Street and Woodward. Troopers said the driver was checked out at the scene, but a female passenger was treated at OU Medical and then later released.

Foster said this is one of many accidents they've seen from street racing.

"We see it quite often," Foster said. "You see a car coming up behind you at a high rate of speed, it will close on you faster than you can move a lot of times."

OHP said as it gets warmer during the summer months, they see an uptick in racing on the interstate and city streets.  Foster believes it can become a hazard for other drivers on the road.

"That are innocent public, people who are driving to and from, going to work, going home," Foster said. "Children in the car, they put everybody at risk when they do such things."

No arrests have been made, but the suspect vehicles involved a white Mercedes, a Camaro, and a silver Toyota Tundra.