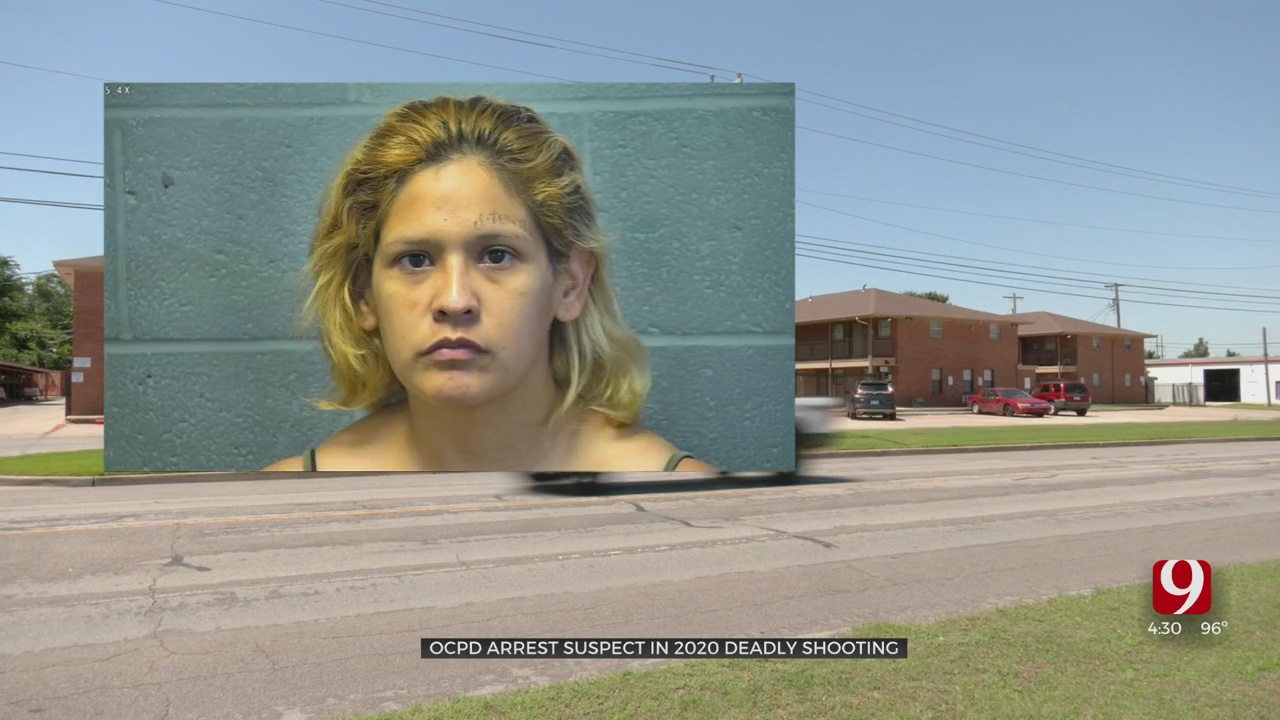 The last person wanted in an almost year-old homicide is now in custody.

Authorities said Parker and several others arrived to the Airmen’s Apartments and allegedly shot and killed Amanda Thompson in her southwest Oklahoma City home.

"They had had a warrant issued for several months for her and had been looking for her," said OCPD MSgt. Gary Knight.

Parker, along with her then boyfriend Joshua Driskell, Iris Viezcas, Brittoni Conover, and Adonta Knight are accused of the September 2020 killing of Thompson.

Reports said Driskell and two others were caught on apartment security footage. In it, police said they kicked down the door to Thompson's apartment.  They allegedly were there to collect money owed for drugs. Parker is believed to have stayed in the car during the killing. Authorities named her as a suspect in March.

"She had changed her appearance somewhat, her hair was a different color than it was when we originally put out a photo of her," explained Knight.

Police found Parker in a rural area near Pink, Oklahoma Tuesday morning. While city police are the lead investigators in the murder, it took several agencies to make the arrest.

Along with the first-degree murder complaint, Parker is facing conspiracy to commit a robbery with a dangerous weapon.