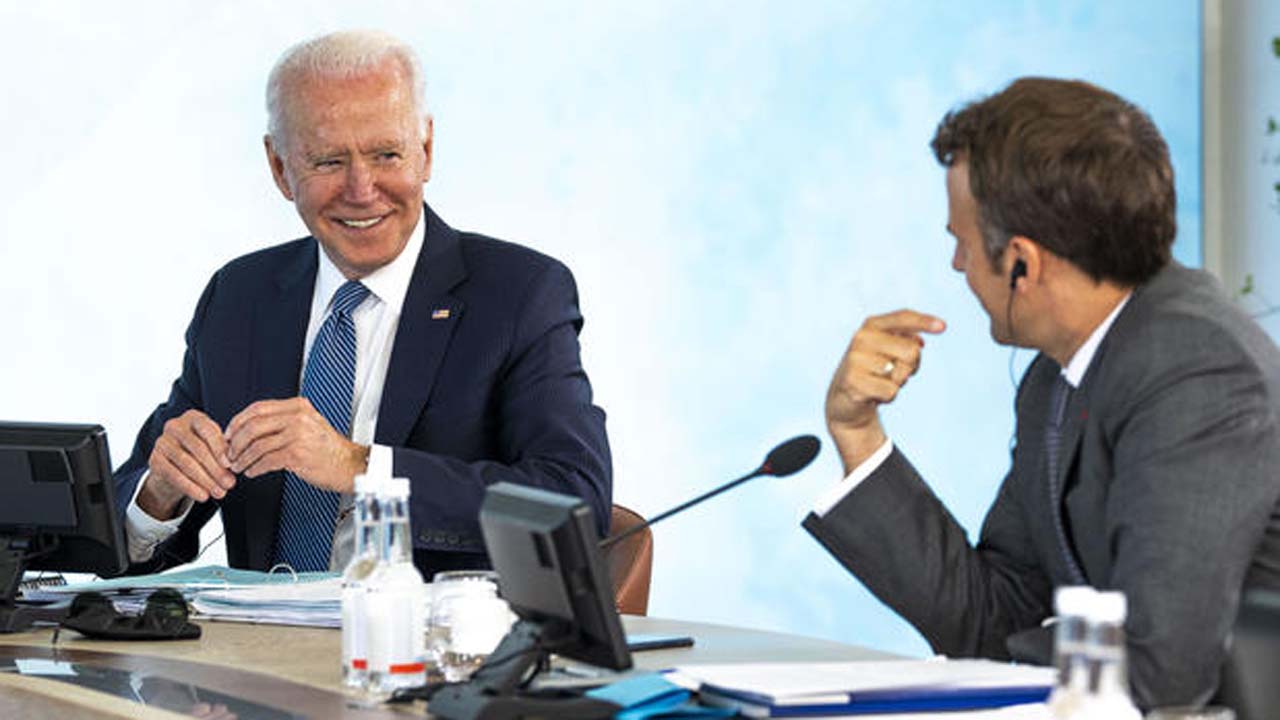 The leaders of the Group of Seven countries called for a new investigation into COVID-19's origins in China, issuing a communique urging a renewed effort by global health authorities to probe the circumstances surrounding the emergence of the coronavirus.

The group called for a "timely, transparent, expert-led, and science-based WHO-convened Phase 2 COVID-19 Origins study including, as recommended by the experts' report, in China." The World Health Organization published the results of an initial investigation in March, but the U.S. and others criticized the study's methodology and China's involvement in the probe.

British Prime Minister Boris Johnson said in a press conference Sunday that the G-7 leaders agreed to create "global pandemic radar" to spot diseases before they spread. The countries — the U.S., the U.K., Canada, France, Germany, Italy and Japan — have also committed to donating 1 billion vaccines around the world, 500 million of which will come from the U.S.

"I know that the world is looking to us to reject some of the selfishness and nationalistic approaches that have marred the initial global response to the pandemic," Johnson said Sunday.

President Biden said at a press conference at the close of the summit that China has to "start to act more responsibly" on human rights and transparency.

"I think we're in a contest, not with China per se, but a contest with autocratic governments around the world as to whether or not democracies can compete with them in the rapidly changing 21st century." Mr. Biden said Sunday. "I think how we act and whether we pull together as democracies is going to determine whether our grandkids will look back and 15 years from now and say, 'Did they step up? Are democracies as relevant and powerful as they have been?' And I walked away from the meeting with all my colleagues believing they are convinced that is correct now too ... And so I think you're going to see this straightforward dealing with China."

The group called out Russia for malign activities like interfering in other nations' democratic systems and to uphold international human rights obligations and commitments.

The leaders said their countries will reaffirm their efforts to "strengthen Ukraine's democracy and institutions, encouraging further progress on reform" and also called on Russia to recommit to the ceasefire in Ukraine.

"We reiterate our support for the independence, sovereignty and territorial integrity of Ukraine within its internationally recognized borders," the communique said. "We call on Russia to alleviate tensions and act in accordance with its international obligations, and to withdraw the Russian military troops and materiel at the eastern border of Ukraine and on the Crimean peninsula. We remain firmly of the view that Russia is a party to the conflict in Eastern Ukraine, not a mediator."

The G-7 leaders said they are "deeply concerned" about "Belarusian authorities' continuing attacks on human rights, fundamental freedoms and international law." Last month, a Ryanair flight Athens to Vilnius, Lithuania, was forced to divert to Belarus' capital, Minsk, based on a phony bomb plot. After it landed, Raman Pratasevich, a prominent critic of Belarus' authoritarian leader, Alexander Lukashenko, was taken off the plane. Pratasevich later gave a press conference where he wept and said he supported Lukashenko.